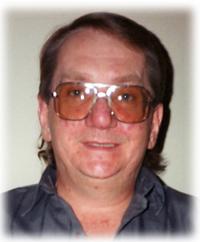 1954 ~ 2013
Mr. Raymond Wutzke passed away in Bow Island on Saturday, February 2, 2013, at the age of 58 years.  Raymond’s memory will be forever cherished in the hearts of his family:  mother, Esther;  brother, Harry;  sisters, Sheila (John) Reeder, Pam (Garth) Ferguson and Monica (Mark) Weishaar;  sister-in-law, Debbie as well as numerous uncles, aunts, nieces, nephews and cousins.  Ray had numerous friends that were a special part of his life, including Lillian and her daughters, Tammy and Cindy and their families as well as Wilfred Scharfl, “more a brother than a friend”.  He was predeceased by his father, Howard as well as one brother, Elroy.  Raymond Wayne Wutzke was born in Medicine Hat to proud parents, Esther and Howard Wutzke.  Ray was raised and educated in Suffield and Redcliff.  He was in his early teenage years when he was tagged with a nickname that became his identity to those closest to him… “Pork”.  Pork apprenticed and achieved his journeymen’s certification as an Autobody Technician.  He was exceptional at his craft, displaying an artistic skill that showed in his drawing and painting as well.  He worked in Brooks, Lethbridge and BC., and has resided and worked these last few years in Bow Island.  Pork lived life to the fullest and was an outdoorsman at heart, taking every opportunity he could to fish and hunt.  He loved animals, and over the years he had a number of different hunting dogs.  Pork’s door was always open.  He had a joke ready to share, and his upbeat, outgoing and lighthearted nature made it a joy to be around him.  Those wishing to pay their respects may do so at Cook Southland Funeral Chapel, 901 – 13 Street S.W., Medicine Hat on Saturday, February 9, 2013, between 1:00 P.M. and 1:55 P.M.  A Celebration of Ray’s life will follow at 2:00 P.M. with Reverend Barrett Scheske officiating.  (Condolences may be expressed by visiting www.cooksouthland.com)  Those wishing to make donations in memory of Ray may do so through a gift to the Alberta Birds Of Prey Foundation, P.O. Box 1030, Coaldale, Alberta, T1M 1M8.   Honoured to serve the family is COOK SOUTHLAND Funeral Chapel, 901 – 13 Street S.W., Medicine Hat, Alberta, T1A 4V4.

No Condolences for “RAYMOND WUTZKE”