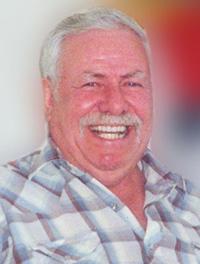 James Stuart Prettie passed away on Monday, February 4, 2013, at the age of 86 years, beloved husband of Eileen Prettie of Medicine Hat. He also leaves to cherish his memory two children, Andrew (Charlene) Prettie of Calgary and Joel Prettie of Medicine Hat; one grandson, John Prettie; two brothers, Raymond (Jean) Prettie and Robert Prettie all of Kelowna, B.C.; three sisters, Geraldine Case, Beatrice (Wilfred) McGurel and Janet (Bill) Stevens as well as numerous nieces, nephews and their families. He was predeceased by his parents, Stella and James Prettie; two brothers, Lonson and Lawrence Prettie and one sister, Rose Swacke. By request, no funeral service will be held. Interment will take place at a later date in the Mountain View Memorial Gardens, Calgary. To e-mail an expression of sympathy, please direct it to: pattfh@telusplanet.net subject heading: James Stuart, or you may visit www.gonebutnotforgotten.ca and leave a message of condolence. Funeral Arrangements are by the PATTISON FUNERAL HOME AND CREMATORIUM 540 South Railway St. SE, Medicine Hat T1A 4C2

No Condolences for “PRETTIE”