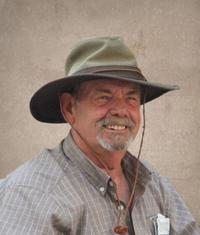 Mr. Garry Hinzman, beloved husband of Mrs. Judy Hinzman of Medicine Hat, passed away on Wednesday, March 13th, 2013 at the age of 63 years. Born in Ceylon, Sask. on August 19, 1949, Garry moved to Medicine Hat as a young child with his family. He continued to live, raise his family and work in Medicine Hat because he loved the city. Garry had a passion for outdoor activities – he liked to camp, fish, hunt and he especially enjoyed a round of golf with friends. Garry was committed to being active in his community and loved working with the youth as a Teaching Master for the Youth Bowling Council and as a volunteer leader for Scouts Canada. Garry was also a past member of the Royal Canadian Legion Branch #17 and the Moose Lodge. Most of Garry’s favourite times were spent with family and friends, with his most treasured time being spent with his grand children. Garry will be cherished and remembered in the hearts of his family. He leaves behind two children, Travis (Shannon) Hinzman of Calgary and Torrie Hinzman of Medicine Hat; four grandchildren, Liam, Alaina, Dominic, and Dylan; one brother, Carl (Donna) Hinzman of Lethbridge; two sisters, Karen Reeder and Dianne Hinzman, both of Medicine Hat; his father-in-law, Werner Hermann; as well as numerous nieces and nephews, sisters-in-law and brothers-in-law. Garry was predeceased by his parents, Martin and Flora Hinzman; a grandson, Joshua; his brother, Robert; a brother-in-law, Ken Reeder; and his mother-in-law, Natalia Hermann. Garry valued family and friends above all else and he will be dearly missed. A private graveside service will be held at Hillside Cemetery on Monday, March 18th, 2013 with Reverend Kevin Johnston officiating. Memorial gifts in Garry’s memory may be made to the Sun Haven Kids Cancer Care Foundation of Alberta (KCCFA), the Salvation Army, or the Palliative Care Ward at the Medicine Hat Regional Hospital. Condolences may be sent through www.saamis.com or www. gonebutnotforgotten.ca or to condolences@saamis.com subject heading Garry Hinzman. Funeral arrangements are entrusted to SAAMIS MEMORIAL FUNERAL CHAPEL AND CREMATORIUM, “The Chapel in the Park”, locally owned and directed. Should you wish any additional information, please telephone 528-2599.