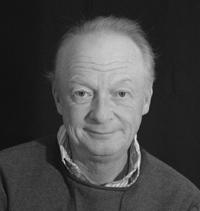 Mr. Dennis Fode of Medicine Hat, passed away on Friday, April 5th, 2013 at the age of 63 years. Dennis leaves to cherish his memory his children, Michelle (Kerry) Alcock of Medicine Hat, Katheryn (Francisco) Valenzuela of Redcliff, and Dave (Jamie) Fode of Medicine Hat; three grandchildren, Megan, Sebastian and Sophia; sister, Delores Bischke of Medicine Hat, brothers, Lloyd (Marcy) of Medicine Hat and Jim (Carol) of Smith Falls, Ontario; as well as numerous nieces and nephews. Dennis was predeceased by his parents, Ralph and Irene Fode. Dennis was born on April 28th, 1949 in Medicine Hat where he was raised and educated. He also lived in Creston, BC for a number of years as well as Lethbridge and Edmonton; but for the last 13 years he was back in Medicine Hat. Dennis worked as a carpenter and loved working on the computer. He loved music and could play the banjo, guitar, and accordion. He will be greatly missed by his family and friends. The Funeral Service will be held in SAAMIS MEMORIAL FUNERAL CHAPEL, #1 Dunmore Road SE, on Wednesday, April 10th, 2013 at 11:00 a.m. with Gary W. Goran officiating. Memorial gifts in Dennis’s memory may be made to the Canadian Diabetes Association, #102, 73 – 7th Street SE, Medicine Hat, Alberta, T1A 1J2, or to the SPCA, 55 Southwest Drive SW, Medicine Hat, Alberta, T1A 8E8. Condolences may be sent through www.saamis.com or www.gonebutnotforgotten.ca or to condolences@saamis.com subject heading Dennis Fode. Funeral arrangements are entrusted to SAAMIS MEMORIAL FUNERAL CHAPEL AND CREMATORIUM, “The Chapel in the Park”, locally owned and directed. Should you wish any additional information, please telephone (403)528-2599