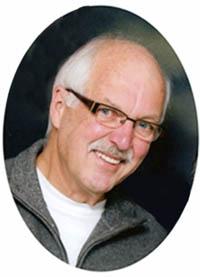 James (Bud) William Miller passed away April 12, 2013, at the age of 70 years. He is survived by his loving wife of 51 years, Dorothy; two daughters, Michele (Ross) Marchio and Nicole (Bill) Jaswal; one son, Jeremiah Miller; and his grandchildren, Jalees, Rya, Ezekiel, Javante, Janae, Kira and Knox. He is also survived by his two brothers, Norm (Cindy) and Neil (Robyn); many nieces and nephews; as well as Manami Inoue of Japan, who was like a third daughter to him.
Bud was pre deceased by his mother, Mary; father, William; brother Walter; and sisters, Marylyn and Valerie.
Bud was born April 23, 1942, in Niagara Falls, Ontario, and shortly after took the long train ride with his mother back to Medicine Hat, Alberta. Growing up in Medicine Hat, Bud enjoyed playing hockey and being a linesman for junior games. He enjoyed the company of good friends, and told many entertaining stories to his grandchildren about his early years.
Always a hard worker, Bud started as a printer at the Medicine Hat News and worked his way up to production manager. He and Dorothy moved their family to Kamloops in 1983 when he accepted the production manager position at the Kamloops Daily News. Bud loved life in Kamloops, both summer and winter. Skiing at Sun Peaks with his family was one of his favourite things, as were fishing and riding his Harley. He and Dorothy spent many days out in the country, enjoying the sunshine and nature. He was also a talented woodworker and artist.
Bud’s passion in life was spending time with family, especially his grandchildren, who he considered his pride and joy. He could always be heard telling even complete strangers what fantastic things they were up to. He attended many soccer and hockey games, music performances and award ceremonies. There was always a big hug and a “Good job!” from Papa to be had.
At Bud’s request, there will be no funeral service.
In Bud’s memory, donations may be made to Royal Inland Hospital ICU or the BC Lung Association.

No Condolences for “MILLER”