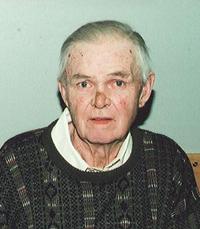 Mr. Raymond “Ray” Warren Price, beloved husband of Mrs. Wilda Price of Medicine Hat, passed away on Wednesday, April 17th, 2013 at the age of 79 years. Ray also leaves to cherish his memory two sons, Carson Price and his daughter, Lauren, and Murray Price (Theresa) and her children, Mackenzie and Erin; two brothers, Ian (Terry) Price and Robert Palmer; one sister, Margaret Fuller; in-laws, Walter and Shirley Kriwokon; chosen in-laws, John and Janet Teigen; as well as numerous nieces and nephews. Ray was predeceased by his parents, Russell and Lyda Price; one brother, Eugene (Lorna) Price; one sister-in-law, Barbara Price; in-laws, Art and Norma DeWald, Bud and Auli Schmidt; and his parents-in-law, Ben and Opal Schmidt. Ray was born and raised in Medicine Hat. After completing high school, he worked at the Hargrave Ranch as a real cowboy until 1957. He married Wilda Schmidt on Kentucky Derby Saturday, May 2nd, 1959 and became a transport truck driver until the late ‘70s when he managed the Gulf Bulk Station in town. He always told stories of his days hauling gas to Hay River. Medical issues forced Ray into an early retirement from the fuel business in the mid ‘80s and it was then that he started a Tri Chem Hobby Products distributorship with his wife. He continued to be involved in this until the time of his passing. The “garage” was a haven of info with many stories being passed and everyone leaving a little happier and much smarter! Special thanks to Uncle Walter Kriwokon, Garnet Tuchscherer, Bruce Gardiner and Wade and Michelle Fregin. The Funeral Service will be held in SAAMIS MEMORIAL FUNERAL CHAPEL, #1 Dunmore Road SE, on Monday, April 22nd, 2013 at 1:30 p.m. with Gary W. Goran officiating. In lieu of flowers, memorial gifts in Ray’s memory may be made to the SPCA, 55 Southwest Drive SW, Medicine Hat, Alberta, T1A 8E8, or to the Alberta Heart & Stroke Foundation, #124, 430 – 6th Avenue SE, Medicine Hat, Alberta, T1A 2S8, or to the Parkinson Alberta Society, #101, 928 Allowance Avenue SE, Medicine Hat, Alberta, T1A 3G7, or to the Charity of One’s Choice. Condolences may be sent through www.saamis.com or www.gonebutnotforgotten.ca or to condolences@saamis.com subject heading Ray Price. Funeral arrangements are entrusted to SAAMIS MEMORIAL FUNERAL CHAPEL AND CREMATORIUM, “The Chapel in the Park”, locally owned and directed. Should you wish any additional information, please telephone (403)528-2599