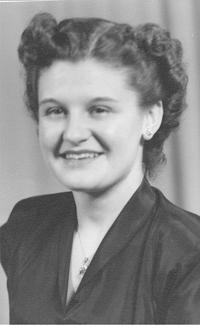 Bette Pearl Gnam of Medicine Hat passed away on Wednesday, April 24, 2013, at the age of 80 years. She leaves to cherish her memory two grandchildren, Tara Gnam, her mother, Sandy Goodwin; and Courtney Wilson; her niece, Linda Monte; cousin, Lynn Auld and her best friend, Jeanette McGillivary. She was predeceased by her parents, Emma and Michael Gnam and her son, Michael on January 22, 2012. Family and friends who wish to pay their respects may do so at the PATTISON FUNERAL HOME on Monday from 1:00 – 1:55 p.m. The funeral service will be held in the PATTISON CHAPEL on Monday, April 29, 2013 at 2:00 p.m. with Life Celebrant, David Townsend. Interment will follow in the Hillside Cemetery. As an expression of sympathy donations may be made to the charity of one’s choice. To e-mail an expression of sympathy, please direct it to: pattfh@telusplanet.net subject heading: Bette Gnam, or you may visit www.gonebutnotforgotten.ca and leave a message of condolence. Funeral Arrangements are by the PATTISON FUNERAL HOME AND CREMATORIUM 540 South Railway St. SE, Medicine Hat T1A 4C2

No Condolences for “GNAM”