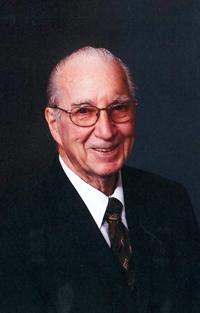 Mr. Roy Irwin Woodward, beloved husband of 59 years to Mrs. Reita Woodward of Medicine Hat, passed away on Monday, May 27th, 2013 at the age of 86 years. Roy also leaves to cherish his memory two daughters, Deborah (Andrew Colley) and Roxanne (Kent Gust); four granddaughters, Constance Colley, Mackenzie Colley, Ireland Gust and Tuscany Gust; one sister, Dorothy Amero; two sisters-in-law, Ruby Lukasiewich and Evelyn Woodward; numerous nieces and nephews; as well as great and great great nieces and nephews. Roy was predeceased by his parents, Albert and Agnes Woodward; three brothers, Gordon, Kenneth and Leslie; two sisters, Winnie Schlichenmayer and Elsie Mackey; five brothers-in-law, Albert Schlichenmayer, Ernest Amero, Robert Mackey, Clifford Odenbach and Victor Odenbach; and three sisters-in-law, Linda Woodward, Virginia Odenbach and Janet Odenbach. Roy grew up on the family farm near Irvine, during the ‘dirty thirties’; when hand-me-downs’ and patched overalls were the order of the day for most families in the district. He attended school at Irvine; after graduating, he attended Olds College. He was employed as a chemist for the Alberta Linseed Oil Company for 5 years. He began his career with the Provincial Government in 1954, as a farm land assessor, ending 34 years later as Regional Assessment Manager for the southeast area of the Province. He was charter member of the Alberta Assessors Association, served on the executive board and in 1987 was honoured with a Life Membership in the Association. He was an active member of the Grace Lutheran Church, taught Sunday school, Served on Council and was treasurer for 25 years. He served on the executive board of the Lutheran Foundation (senior housing) for 20 years. He was elected a Director of the Good Samaritan Society and was involved in the establishment of their South Ridge Village Care facility where he volunteered for over 10 years. He enjoyed woodworking, gardening and travel but his loving family was his greatest joy. From a humble beginning on the dry, dusty farm at Irvine, he was able to build a life of service to the Community and a happy life for his loving family.
A life well lived
Those wishing to pay their respects may do so at SAAMIS MEMORIAL FUNERAL CHAPEL, #1 Dunmore Road SE, on Thursday, May 30th from 7:00 until 9:00 p.m. and at ST. PETER LUTHERAN CHURCH, 758 – 8th Street SE, on Friday, May 31st, from 12:30 until 1:25 p.m. The Funeral Service will be held in ST. PETER LUTHERAN CHURCH on Friday, May 31st, 2013 at 1:30 p.m. with Pastors Garth and Julianna Wehrfritz-Hanson officiating. Interment will follow in the Family Plot at Hillside Cemetery. Memorial gifts in Roy’s memory may be made to the Palliative Care Unit, c/o Medicine Hat Regional Hospital, 666 – 5th Street SW, Medicine Hat, AB, T1A 4H6 or to the Alberta Lung Association, P.O. Box 4500, Station South, Edmonton, AB, T6E 9Z9 or to the Good Samaritan Society, South Ridge Village, 550 Spruce Way SE, Medicine Hat, AB, T1B 4P1. Condolences may be sent through www.saamis.com or www.gonebutnotforgotten.ca or to condolences@saamis.com subject heading Roy Woodward. Radio funeral announcement can be heard on Thursday around 12:35 p.m. on 93.7 Praise FM. Funeral arrangements are entrusted to SAAMIS MEMORIAL FUNERAL CHAPEL AND CREMATORIUM, “The Chapel in the Park”, locally owned and directed. Should you wish any additional information, please telephone (403)528-2599