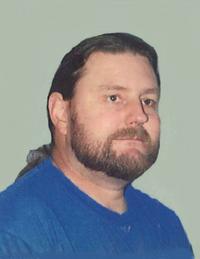 Mr. Robert Arthur Poulter, beloved partner of Ramona MacWhirter of Irvine, passed away on Tuesday, May 28th, 2013 at the age of 64 years. Robert also leaves to cherish his memory one son, Trevor Mattiuz; one daughter, Tashia-Lynn MacWhirter; two grandchildren, Nykita Bonogofski and Kai MacWhirter; one sister, Carol (Mike) Abbott; as well as numerous nieces and nephews. Robert was predeceased by his parents, John and Margaret Poulter. Robert was born in England on April 2nd, 1949. He was a Cold Stream Guard in the British Armed Forces for 12 years before moving to Canada. Robert loved all the years he spent in Canada and enjoyed building and fixing computers. He will be greatly missed by his family and friends. A Private Family Time of Remembrance will be held. Memorial gifts in Robert’s memory may be made to the SPCA, 55 Southwest Drive SW, Medicine Hat, Alberta, T1A 8E8. Condolences may be sent through www.saamis.com or www.gonebutnotforgotten.ca or to condolences@saamis.com subject heading Robert Poulter. Funeral arrangements are entrusted to SAAMIS MEMORIAL FUNERAL CHAPEL AND CREMATORIUM, “The Chapel in the Park”, locally owned and directed. Should you wish any additional information, please telephone 528-2599.