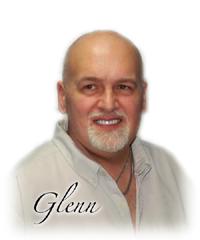 1964 ~ 2013
It is with profound sadness that the family of Glenn Paul Piche, beloved husband of Laurie, announce his passing while at the Medicine Hat Regional Hospital on Friday, June 21, 2013, at the age of 49 years.  Glenn will be deeply missed by his wife, Laurie Sherwood;  parents, Lise and Keith Lancaster;  children, Trina and her son, Raven;  Trudi, Melanie (Cory) Bayer and Kimberly ‘Kim’;  a brother, Marc (Julie) Piche and their children, Josianne ‘Josie’ and Stephan;  a sister, Christine Wiebe and numerous other extended family.  A Celebration of Glenn’s life will be held at the First Assembly of God Church, 395 – 9 Street, S.E., Medicine Hat on Thursday, June 27, 2013, at 10:30 A.M. with Pastor Ken Roset officiating.  (Condolences may be expressed by visiting www.cooksouthland.com)  Honoured to serve the family is Cook Southland Funeral Chapel, 901 – 13th Street S.W. Medicine Hat, Alberta T1A 4V4 Phone 403-527-6455

No Condolences for “GLENN PICHE”