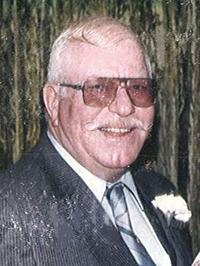 Mr. Donald Jackson Miller, beloved husband of Mrs. Carol Miller of Medicine Hat, passed away on Monday, June 24th, 2013 at the age of 76 years. Donald also leaves to cherish his memory five children, Chris Miller, Alan (Rena) Miller, both of Medicine Hat, Donna (Bill) Gray of Calgary, Clinton (Darlene) Miller of Dunmore, and Gary (Kim) Miller of Medicine Hat; ten grandchildren, Carol Miller (Kevin Penney), Dawn Miller (Tom Kleinsasser), Lisa Miller, Ashley Miller, Ryan Miller, Randy Gray, Shauna Gray, Tanisha Hodge, Shilah Mandeville and Damin Mandeville; six great-grandchildren, Caitlin, Katrina, Kyran, Kael, and Kianna Penney, and Alyssa Kleinsasser; three brothers, Bruce, Bob, and Ian Miller; as well as numerous nieces and nephews. Donald was predeceased by one son, Rick Miller; and his parents, Jackson and Daisey Miller. Don was born on July 30th, 1936 in Kerrobert, Saskatchewan where he was also raised and educated. After his education, Don was employed on drilling rigs and travelled to many places in Saskatchewan and Alberta. On January 10th, 1959 he married the former Carol Fehr in Swift Current and they lived on the family farm near Superb, Saskatchewan. Don also began his employment with the Department of Highways which turned into a 29-year career. In the mid 1970’s, Don transferred to Maple Creek where he worked for another 19 years. In 2000, Don and Carol moved to Medicine Hat. Don will always be remembered for his devotion to his wife and family. Those wishing to pay their respects may do so at SAAMIS MEMORIAL FUNERAL CHAPEL, #1 Dunmore Road SE, on Thursday from 2:00 to 4:00 p.m. and 7:00 to 9:00 p.m. and on Friday from 12:00 to 12:55 p.m. The Funeral Service will be held in SAAMIS MEMORIAL FUNERAL CHAPEL on Friday, June 28th, 2013 at 1:00 p.m. with Pastor Steve Pahl officiating. Interment will follow in the Family Plot at Saamis Prairie View Cemetery. Memorial gifts in Donald’s memory may be made to the Alberta Heart & Stroke Foundation, #124, 430 – 6th Avenue SE, Medicine Hat, Alberta, T1A 2S8, or to the Canadian Diabetes Association, #102, 73 – 7th Street SE, Medicine Hat, Alberta, T1A 1J2. Condolences may be sent through www.saamis.com or www.gonebutnotforgotten.ca or to condolences@saamis.com subject heading Donald Miller. Radio funeral announcement can be heard on Thursday around 12:35 p.m. on 93.7 Praise FM. Funeral arrangements are entrusted to SAAMIS MEMORIAL FUNERAL CHAPEL AND CREMATORIUM, “The Chapel in the Park”, locally owned and directed. Should you wish any additional information, please telephone (403)528-2599