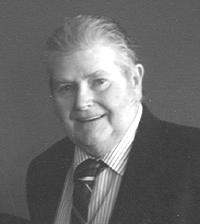 It is with great sadness that we announce the peaceful passing of Harvey Earl Deering on Wednesday, June 26, 2013 at the age of 63 years, after a lengthy and inspiring battle at the Foothills Hospital in Calgary. Harvey was survived by his loving wife of 36 years Linda. His son Kurtis Deering (Kara) and their children Easton and Kaige of Seven Persons; his daughter Angelica Deering and her children Kya and Chet of Medicine Hat and their father Perry Schafer of Schuler. Harvey is also survived by his sister Hazel Geigle (Fred) of the Elkwater area, sister-in-laws Eileen Hall, Jaquie Stuber (Lloyd) and Wendy-Ellen Nittel (Bruce) along with numerous nieces and nephews, all of Medicine Hat. Harvey was pre-deceased by his parents Fred and Martha Deering and mother and father-in-law Jacob and Anna-Marie Faller and his nephew Blaine Nittel. Harvey was born May 10th, 1950 in Medicine Hat, Alberta. He was raised on the family farm located North of Elkwater and moved to Medicine Hat at the age of 25. It was then that he met Linda, the love of his life. Harvey and Linda were married on April 23rd, 1977 and Harvey began work as a heavy-duty mechanic at CFB Suffield. It was not long after that they decided to start a family and adopted their first child Kurtis. Their family became complete with the arrival of Angelica a few years later. In 1995 Harvey started H&L Enterprises and continued as a mechanic until having a heart attack in 2000 forcing him into early retirement. Harvey was very proud of his children and his greatest joy was his grandchildren. Grandpa will always be an inspiration to his only granddaughter Kya, he played a very loving role in helping her become the incredible young girl she is today. Grandpa was the most reliable and loving babysitter a parent could ask for. He spent many days while mom was at work looking after Chet, Easton and Kaige. He had a great love for the outdoors. You would often find Harvey out on the ranch helping Kurtis with whatever he could and driving with Easton and Kaige for hours and hours in the tractor. Some of Harvey’s fondest memories were made while camping. It was a tradition for all of Harveys closest family and friends to get together several times and travel to various camping locations. He truly loved the sport of five-pin bowling. After his heart attack in 2000, Harvey dedicated every Saturday he had free to coaching in the YBC program. He coached many teams at the provincial and Canadian Level. Harvey will always be remembered as a man who wore his heart on his sleeve. He had an infectious smile and an undeniable laugh that lifted everyone’s spirits without saying a single word. Thank you for all the memories, you will never be forgotten. The Funeral Service will be held in HOLY FAMILY PARISH, 1451 Strachan Road SE, Medicine Hat, on Wednesday, July 3, 2013, at 2:00 PM with Father Philip Le officiating. Interment will follow in the Family Plot at Saamis Prairie View Cemetery. Memorial gifts in Harvey’s memory may be made to the Alberta Heart & Stroke Foundation, 124, 430 – 6th Avenue SE, Medicine Hat, AB, T1A 2S8, or to the Canadian Diabetes Association , 102, 73 – 7th Street SE, Medicine Hat, Alberta, , T1A 1J2. Condolences may be sent through www.saamis.com or www.gonebutnotforgotten.ca or to condolences@saamis.com subject heading Harvey Deering. Funeral arrangements are entrusted to SAAMIS MEMORIAL FUNERAL CHAPEL AND CREMATORIUM, “The Chapel in the Park”, locally owned and directed. Should you wish any additional information, please telephone (403)528-2599