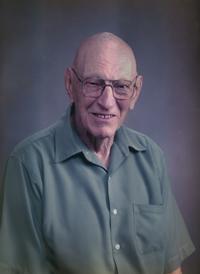 MR. LOVERNE (VERN) WILFRED WESSNER, beloved husband of Mrs. Freda Wessner, passed away suddenly at the Chinook Regional Hospital on Friday, July 5, 2013 at the age of 87 years.
Vern was born on October 27, 1925 in Morse, Saskatchewan to Edmund and Emilie Wessner.
During his childhood Vern and his Brothers and sisters grew up on a farm with good Christian values, hard work, dedication, honesty and integrity.
His working life began at the Co-op in Hodgeville with his Uncle Alfred Seibel, the manager. He continued his career with the Beaver Lumber Company which took him to Maple Creek and Kindersley, Saskatchewan as a Beaver Lumber Manager. While in Kindersley he began purchasing his own farmland and starting his cattle business.
Vern was known as being a man of hard work, and only a handshake was needed to close many business deals.
On March 4, 1978 Vern married his loving wife Freda which took them to Leduc, AB for two years. In 1980 Vern retired from Beaver Lumber and then moved to Lethbridge, Alberta. This allowed Vern more time to manage his farmland and cattle business throughout Saskatchewan and southern Alberta.
In Vern’s later years he enjoyed camping, fishing, checking crops and checking his cattle at local feed lots. Vern always had time for a good cup of coffee and a piece of apple pie, while reminiscing about the old days, price of crops and cattle with his friends and business partners at auction sales and custom feed lots.
Besides his wife Freda, he is survived by his brother, Walter (Betty), and sisters; Adeline (Ken) Ratchliffe, Jean (Ben) Anderst. As well, Freda’s three sons, many nieces, nephews and their families.
Vern was predeceased by his parents, Edmund, Emilie and his older brother, Harvey.
A Visitation will be held at CORNERSTONE FUNERAL HOME – 2800 Mayor Magrath Drive South, Lethbridge, AB, on Thursday, July 11, 2013 from 7:00 -8:00 P.M.
A Memorial Service will be held at CORNERSTONE FUNERAL HOME, on Friday, July 12, 2013 at 11:00 A.M. with Joe Repetski officiating.
In Lieu of flowers, family has asked that donations be made to the Red Cross Flood Relief for Southern Alberta.
Honoured to serve the family, CORNERSTONE FUNERAL HOME AND CREMATORIUM, 2800 Mayor Magrath Drive South, Lethbridge, Alberta T1K 7B1. Telephone (403) 381-7777. E-mail: care@cornerstonefh.ca

No Condolences for “WESSNER”