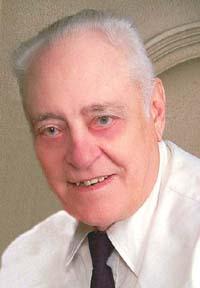 William “Bill” Schock passed away on Sunday, July 14, 2013, at the age of 85 years, with his family at his side. He leaves to cherish his memory, his beloved wife of 58 years, Illene Schock of Medicine Hat, his son Lyle (Jody) Schock of Medicine Hat and his daughter, Kim (Dean) Pike of Dunmore; two grandchildren, Courtney Pike and Spencer Pike of Dunmore; one sister, Irene Schneidmiller of Kelowna, B.C.; three brothers, George (Darlene) of Elkwater, Don (Marlene) of Medicine Hat and John (Florence) of Maple Creek; two sisters-in-law, Jean Schock and Lil Pahl both of Medicine Hat as well as numerous nieces and nephews and many close friends. Bill was predeceased by his parents, Dorothy and John Schock; two brothers, Leslie – in infancy and Carl; Illene’s parents, Emil and Meta Pahl; two brothers-in-law, Victor Schneidmiller and Stan Pahl. Bill was born on October 6, 1927 at Thelma, Alberta where he received his education. In 1954 he married Illene Pahl. He worked for A.L.C.B. for 30 years and upon retirement from there he worked for LMT Trucking until he was 70, then fully retired. The funeral service will be held in Victory Lutheran Church (2793 Southview Drive SE) on Thursday, July 18, 2013 at 1:00 p.m. with Minister Lila deWaal officiating. As an expression of sympathy donations may be made to the Canadian Diabetes Association, Medicine Hat and District Branch 102 73 7th Street SE, Medicine Hat. T1A 1J2 or Carmel Hospice (St. Joseph’s Home) c/o 156 3rd Street NE, Medicine Hat, AB T1A 5M1 or to the Canadian Cancer Society #102 Crestwood Square One, 1865 Dunmore Road SE, MedicineHat, AB T1A 1Z8. To e-mail an expression of sympathy, please direct it to: pattfh@telusplanet.net subject heading: William Schock, or you may visit www.pattisonfuneralhome.com and leave a message of condolence. Funeral Arrangements are by the PATTISON FUNERAL HOME AND CREMATORIUM 540 South Railway St. SE, Medicine Hat T1A 4C2

No Condolences for “SCHOCK”