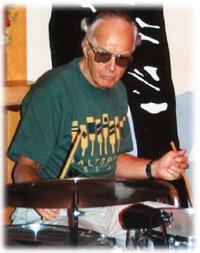 1927 ~ 2013
It is with sadness that the family of Mr. William Burgess Shaw, announce his passing in Medicine Hat on Saturday, August 17, 2013, at the age of 86 years.  Bill was born in Kindersley, SK. and raised in a number of small towns in Alberta, including Brooks and Carbon, where his father was stationed as an RCMP officer.  He received his B.Ed from the University of Alberta and started his career with the Calgary Board of Education which spanned 26 years as a teacher and principal.  He was the first principal of the Federal School in Inuvik, NT., from 1959 to 1962 and principal for the   Yellowknife Public School System from 1964 to 1967.  Throughout those teaching years, Bill created effective learning environments for children in the public school system which was acknowledged by various Education Boards.  Bill also performed as a professional drummer, playing with many bands throughout his life.  He had a good sense of humor and was very organized in his life.  Bill enjoyed music to its fullest as well as travelling especially in Israel.  His favorite destinations were Jerusalem, Paris and New York.  Bill will be forever remembered in the hearts of his former wives, Annette Kirk & Beth Shaw; his children, Nancy Oscienny (Paul Nesbitt) children, Erin (Kerry) Broome, son, Tobin; Rory (Leslie) Oscienny, son, Freddy; Jason Oscienny;  Murray Shaw (Sasha Wood);  Keely (Todd) Butz, children, Alexa and Karly.  He was predeceased by former wife, Lois Shaw.  The Funeral Service celebrating Bill’s life will be held at Cook Southland Funeral Chapel, 901 – 13 Street S.W., Medicine Hat on  Friday, August 23, 2013 at 11:00 A.M., with Pastor Murray Miller officiating.  Interment will follow at Prairie View Cemetery.      (Condolences may be expressed by visiting www.cooksouthland.com)  Honoured to serve the family is Cook Southland Funeral Chapel, 901 – 13 Street S.W., Medicine Hat, Alberta   T1A 4V4   Phone 403-527-6455.

No Condolences for “BILL SHAW”