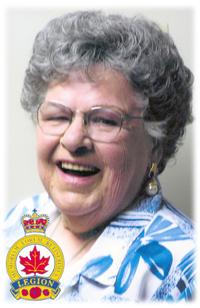 1928 ~ 2013
It is with deep regret that we announce the passing of Justina (Teena) Bueckert, one of the most vibrant and colorful ladies we have come to know.  Teena passed on to another adventure on Saturday, September 7, 2013, at the age of 84 years.  At her side were her two sons, Rick and Terry (Heather).  Along with her sons, Teena is survived by her grandchildren, Melissa (Ray) Corefield, Jennifer Bueckert, Sara (Jason) Jarawsky, Aja and Joel Bueckert;  sisters, Jean (Fred) Hope and Louise Charko;  brother, Dennis (Zoria) Kanasevich;  sisters-in-law, Ella Bueckert and Betty Remple as well as numerous nieces and nephews.  She was predeceased by her loving husband, Arthur, in 2005.  Teena was born in Eatonia, Sk., on October 17, 1928.  She grew up on the farm and was a very hard worker.  After High School, she moved to Redcliff and worked at the Glass Factory where she met Arthur John Bueckert.  They were married in October of 1947 and lived in Redcliff for all of their years, working at the factory, raising their two “bratty” boys and enjoying friendships at the Legion.  Teena was always looking to have some fun and especially enjoyed playing bingo and cooking… her borscht was exceptional!  A Funeral Service will be held at Gordon Memorial United Church, 401 – 2 Street S.E., Redcliff on Friday, September 13, 2013, at 1:00 P.M. with Reverend Blaine Schaufele officiating.  Private Interment will follow at the Redcliff Cemetery and the Celebration of Teena’s life will continue thereafter at the Redcliff Legion.       (Condolences may be expressed by visiting www.cooksouthland.com)  Honoured to serve the family is Cook Southland Funeral Chapel, 901 – 13th Street S.W. Medicine Hat, Alberta T1A 4V4 Phone 403-527-6455

No Condolences for “TEENA BUECKERT”