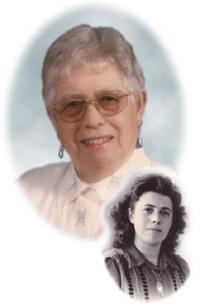 1924 ~ 2013
Magdalena (Lena) Doolaar, beloved wife of the late Johannes (John) Doolaar, passed away peacefully at the Strathmore General Hospital on Tuesday, November 5, 2013, at the age of 89 years. Magdalena was born July 3, 1924 in The Netherlands, a daughter born to proud parents, Krijna and Elias van der Sluis.  Lena was the second youngest of ten children including: Claziena, Truus, Trintje, Willie, Adriana, Magdalena, Aagje, Albert, Cor and Leen.  While in The Netherlands she met Johannes Doolaar and it was after WWII that they were married in 1950.  Their marriage was blessed with the birth of their first born child, Frans in 1952.  A year later in 1953, the family moved to Canada where they settled in Ottawa and their family grew with the addition of four daughters, Margaret, Evelyn, Lucille and Johanna.  In 1976 the family moved to Medicine Hat and this is where they would call home.  Lena and John enjoyed many years in the church choir, going to the library and taking long walks in many of Medicine Hat’s beautiful parks.  They also loved family reunions that were always held at the Gas City Campground.  Lena was a great story teller and loved looking at the humorous side of her many life adventures.  Lena will be deeply missed by her children, Frans (Sandy) Doolaar, Margaret Doolaar, Evelyn (Mark) Beaton, Lucille (Murray) Scheidl and Johanna (Tracy) Kisell.  She was a wonderful grandma to Pamela Scheidl, Danielle Scheidl, Lindsay (Beaton) Green, Jill (Beaton) Cashman, Dale Beaton, Jessica Kisell, Gina Kisell, Trevor Kisell, Jonathan Doolaar and Kelsey Doolaar.  Lena was predeceased by her husband, Johannes Doolaar. The Funeral Service will be held at the Christian Reformed Church, 300 Primrose Drive S.E., Medicine Hat on Saturday, November 9, 2013, at 11:00 a.m. with Pastor George Koopmans officiating.  Interment will take place at Hillside Cemetery. (Condolences may be expressed by visiting www.cook southland.com)  Memorial donations in Lena’s name may be made directly to the Christian Reformed Church, 300 Primrose Drive S.E., Medicine Hat, Alberta, T1B 3S9.  Honoured to serve the family is Cook Southland Funeral Chapel, 901 – 13th Street S.W. Medicine Hat, Alberta T1A 4V4 Phone 403-527-6455

No Condolences for “MAGDALENA DOOLAAR”