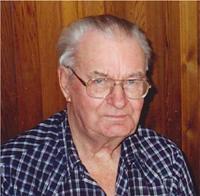 Mr. Robert “Bob” Elton, beloved husband of Marthe Elton of Medicine Hat, passed away on Thursday, November 7th, 2013 at the age of 84 years. Bob also leaves to cherish his three children John Elton of Medicine Hat, Lorraine (Rick) Parker of Medicine Hat and Wayne (Nancy) Elton of, Storthoaks Saskatchewan; ten grandchildren and eleven great grandchildren; one brother Bud (Marguerite) Elton of Cadillac Saskatchewan: two sisters, Laverne Miller of Vernon B.C. and Orma (Gilbert) Johnson of Salmn Arm B.C. as well as numerous nieces and nephews. Bob was predeceased by his parents, Peter and Gladys, his daughter Yvette Elton; one great grandchild and two brothers Lloyd and Lorne Elton. Bob was born in Cadillac Saskatchewan on March 31st, 1929 where he was also raised and educated. In 1949, he moved to Redvers Saskatchewan to work where he met and married Martha. They were married on October 24th,1950 in Bellegard Saskatchewan. They relocated to Storthoaks district for about fifteen years where he worked for R.E Line Trucking Co and in 1970 he started his own business, contracting to the oil field companies. In the fall of 1980 they moved to Medicine Hat where he was employed by Bralorn Resources until he retired in 1990. He loved to ski doo and repair small engines as a past time. He will always be remembered for the quick wit and love of family and friends. The Funeral Service will be held at SAAMIS MEMORIAL FUNERAL CHAPEL on Tuesday, November 12th, 2013, at 11:00 am with Gary W. Goran officiating. Interment will follow in the Family Plot at Saamis Prairie View Cemetery. Memorial gifts in Robert’s memory may be made to St. Joseph’s Home 156- 3rd Street NE Medicine Hat, Alberta T1A 5M1. Condolences may be sent through www.saamis.com or www.gonebutnotforgotten.ca or to condolences@saamis.com subject heading Bob Elton. Funeral arrangements are entrusted to SAAMIS MEMORIAL FUNERAL CHAPEL AND CREMATORIUM, “The Chapel in the Park”, locally owned and directed. Should you wish any additional information, please telephone (403)528-2599