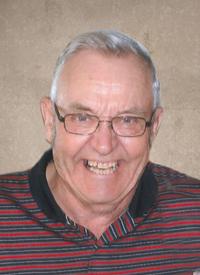 Henry William Hendrickson, beloved husband of Gerri, passed away on Friday, November 15th, 2013, at Medicine Hat, at the age of 81 years. Henry leaves his memory with his three children, Kelly of Calgary, AB, Wendy of Moose Jaw, SK, and Shane (Kim) of Maple Ridge, BC; his grandchildren, Rebecca (Jason) of Borden, SK, Katherine of Calgary, AB, and Michaela of Maple Ridge, BC; his great grandchildren, Logan, Krystof and Atticus of Borden, SK; and his sister, Audrey (Dean) Pollard of Moose Jaw, SK. He is predeceased by his father, Martin (1955), his mother, Lillian (1994), and his brother, Noel (1966). Henry was born at Crane Valley, Saskatchewan, on November 4th, 1932, to Martin and Lillian Hendrickson, where he attended and graduated from school. He then took training in Moose Jaw and Saskatoon as an automotive mechanic, before returning to Crane Valley to join his father’s business. After the passing of his father, he joined his brother, Noel and mother, Lillian to continue the business, forming Hendrickson Bros. Garage. The brothers later became dealers of Massey Ferguson farm equipment and of bulk fuels for Imperial Oil. Henry acquired a pilot’s license in 1959 and his own aircraft in 1960. He was a member of the Flying Farmers, and worked at crop spraying in addition to his other businesses. In 1963, he and his brother purchased land to the east of Crane Valley to pursue his passion for farming. When his brother died in an aircraft accident in 1966, he left the bulk fuel and farm equipment business, but continued to operate the garage in partnership with his mother. Meanwhile, he expanded his farming interest with purchases of land west of Crane Valley. By 1975, the garage had been closed and he moved his family from the town to a home on the farm. Henry retired from farming in 1995, moving with Gerri to Moose Jaw and in 1997 moved again to Medicine Hat. In retirement, he was able to indulge his love of skiing and golf. A Memorial Service will held in the Spring of 2014. Memorial gifts in Henry’s memory may be made to the Alzheimer Society (Palliser Region), 401D – 3rd Street SE, Medicine Hat, Alberta, T1A 0G8. Condolences may be sent through www.saamis.com or www.gonebutnotforgotten.ca or to condolences@saamis.com subject heading Henry Hendrickson. Funeral arrangements are entrusted to SAAMIS MEMORIAL FUNERAL CHAPEL AND CREMATORIUM, “The Chapel in the Park”, locally owned and directed. Should you wish any additional information, please telephone (403)528-2599