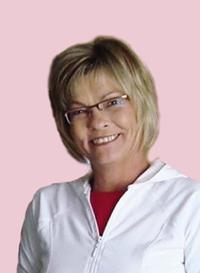 1962 – 2013
Jacqueline Anne Wilson, beloved wife of Darren Wilson, passed away in Bow Island on Monday, December 2, 2013 at the age of 51 years.
Relatives and friends are invited to Prayers at St. Michael’s Catholic Church, 1113 – 1 Street East, Bow Island, on Thursday, December 5, 2013 at 7:00 P.M.
The Funeral Service will be held at St. Michael’s Catholic Church, 1113 – 1 Street East, Bow Island, on Friday, December 6, 2013 at 11:00 A.M. with Reverend Fred Monk officiating. Burial to follow at the Bow Island Cemetery. Condolences may be forwarded by visiting our website atwww.southlandfuneral.com.
Besides her loving husband Darren, she is survived by her children Josh Wilson of Bow Island and Jessi Wilson of Lethbridge; siblings Scott (Irene) Heck in Bow Island, Peter (Laura) Heck of Asquith, Saskatchewan, Faye (Ray) Taylor of Lethbridge and Linda Hougen of Foremost; mother-in-law Shirley Wilson of Bow Island as well as numerous nieces and nephews.
She was predeceased by her son Doug Wilson; parents Frank and Vale Heck; father-in-law Bill Wilson; brother-in-law Charlie Hougen.
If friends so desire, memorial tributes in Jackie’s name may be made directly to the Pleasant View Lodge, P.O. Bag 6700, Bow Island, Alberta T0K 0G0.
Arrangements in care of Southland Funeral Chapel, Taber. Telephone: 1-888-223-0116.

No Condolences for “JACKIE WILSON”