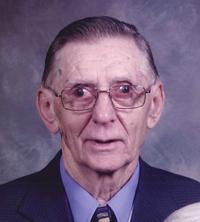 Mr. George Bonagofsky, beloved husband of Mrs. Evelyn Bonagofsky of Medicine Hat, passed away on Thursday, January 23rd, 2014 at the age of 88 years. George also leaves to cherish his memory one son, Gerard (Jessie) Bonagofsky; one brother, Joe Bonagofsky; two sisters, Kay Mastel and Ann (Frank) Lerner; Pinew, the dog; as well as numerous nieces and nephews. George was predeceased by his parents, Ben and Rose Bonagofsky; and three brothers, Martin, Jack, and Clem. George was born in Fox Valley, Saskatchewan on October 23rd, 1925 and was raised on the family farm nearby. He attended school in Fox Valley, but around the time of World War II he moved to Vancouver. George eventually returned to Fox Valley to farm and in 1967 he married Evelyn. George worked for Alta Linseed Oil Company until 1986 and continued to work on the farm until 2003. He retired to Medicine Hat. George enjoyed playing pool and bowling, and did throw a perfect game! He was also a huge fan of the New York Yankees, Saskatchewan Roughriders, and the Toronto Maple Leafs. He will be greatly missed and lovingly remembered by his family and friends. Those wishing to pay their respects may do so at SAAMIS MEMORIAL FUNERAL CHAPEL, 1 Dunmore Road SE, on Monday from 10:00 a.m. to 12:00 p.m. and from 2:00 to 4:00 p.m. A Private Funeral Service will be held in SAAMIS MEMORIAL FUNERAL CHAPEL and a Private Interment will take place in the Family Plot at Hillside Cemetery. Memorial gifts in George’s memory may be made to the S.P.C.A. 55 Southwest Drive SW, Medicine Hat, Alberta, T1A 8E8. Condolences may be sent through www.saamis.com or to condolences@saamis.com subject heading George Bonagofsky. Radio funeral announcement can be heard on Monday around 11:45 a.m. on 93.7 Praise FM. Funeral arrangements are entrusted to SAAMIS MEMORIAL FUNERAL CHAPEL AND CREMATORIUM, “The Chapel in the Park”, locally owned and directed. Should you wish any additional information, please telephone (403)528-2599