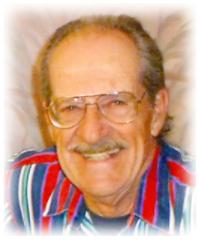 1939 ~ 2014
Our loving husband, dad and papa, James Thomas Skorpack of Elkwater, AB., was born on September 11, 1939, in Willow Bunch, SK., and passed suddenly on February 4, 2014, in Medicine Hat.  He left this world feeling love from near and far with family at his side.  He is survived by his wife, Lynn;  their daughters, Barb and Cheryl;  his son, Mike as well as two brothers, Doug and Bob.  He also leaves behind his grandgirls, grandchildren and one great- grandson.  Jim always had a smile for everyone and a great sense of humour, which served him well in a house full of females.  He treated everyone with respect and patience and had a heart of gold for both people and animals.  His greatest accomplishment was his family.  Jim liked to be outdoors and enjoyed his life in the country.  Alkali was an active member of Medicine Hat Rifle and Revolver Club and enjoyed playing music, carpentry, baseball, hockey and being with his animals.  Cremation has taken place, and a celebration of Jim’s life will be held out at the farm in May.  (Condolences may be expressed by visiting www.cook southland.com)  If friends so desire, memorial tributes in memory of James may be made directly to the SPCA, 55 Southwest Drive S.W., Medicine Hat, Alberta, T1A 8E8.  Honoured to serve the family is COOK SOUTHLAND Funeral Chapel, 901 – 13 Street S.W., Medicine Hat, Alberta, T1A 4V4.  Telephone:  403-527-6455.

No Condolences for “JAMES SKORPACK”