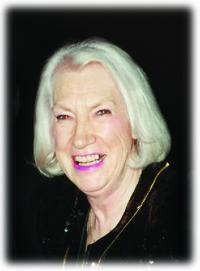 Gladys Eden Cantalini-Urichuk, beloved wife of the late Nicholas Urichuk, passed away peacefully at the Medicine Hat Regional Hospital on Thursday, February 13, 2014, at the age of 88 years.  She was predeceased by her daughter, Debra, on March 8, 2013.  The only remaining member of her family is Hazel Marie Adolphe, left to mourn with her husband, Edward and nieces and nephews:  Raissa, Paul, Ruthanne, Jane, Elise, Joseph and Matthew.  Gladys was a person of poster lady elegance and formidable competency in the commercial world of Southern Alberta.  The Funeral Mass will be celebrated at St. Patrick’s Roman Catholic Church, 238 – 2 Avenue N.E., Medicine Hat on Thursday, February 20, 2014, at 11:00 A.M., with Rev. Father Long Vu Celebrant. Interment will follow at Hillside Cemetery.  (Condolences may be expressed by visiting www.cooksouthland.com)  Honoured to serve the family is Cook Southland Funeral Chapel, 901 – 13 Street S.W., Medicine Hat, Alberta  T1A 4V4  Phone 403-527-6455.

No Condolences for “GLADYS CANTALINI-URICHUK”