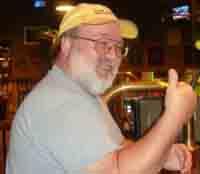 It is with great sadness that we announce the passing of Dale Anthony Heidrick on Tuesday, February 18th, 2014 at the age of 56 years. He leaves to cherish his memory two daughters, Carri (Brandon) Robinson and their son Logan, and Andrea Heidrick; his mother, Frances Heidrick; brothers and sisters, Wayne (Sandy) Heidrick, Barry Heidrick, Karen (Don) Heller, Audrey (Rick) Flaig and Lynn Durbeniuk (Grant Knodel); brother-in-law, John (Sandy) Corcoran; nieces and nephews, Stacy, Kelly, Sean, Shane, Kerry, Ryan, Michael, Allison, Garrett, Brandon, Kara, Ashley, Brianna and Kaitlyn. He was predeceased by his father, Ralph; and his sister, Gerrie. Dale was born September 1st, 1957 in Empress, Alberta and was raised in Medicine Hat. He was quick to smile, and slow to judge. The Funeral Service will be held in SAAMIS MEMORIAL FUNERAL CHAPEL, #1 Dunmore Road SE, on Sunday, March 2nd, 2014 at 11:00 a.m. with Gary W. Goran officiating. Following the service, there will be a come and go at Dale’s favourite place to eat and socialize, Sidetracked Pub, located at 403 North Railway Street SE, from 12 p.m. until 4 p.m. Memorial gifts in Dale’s memory may be made to the Charity of One’s Choice. Condolences may be sent through www.saamis.com or to condolences@saamis.com subject heading Dale Heidrick. Funeral arrangements are entrusted to SAAMIS MEMORIAL FUNERAL CHAPEL CREMATORIUM & RECEPTION CENTRE, “The Chapel in the Park”, locally owned and directed. Should you wish any additional information, please telephone (403)528-2599