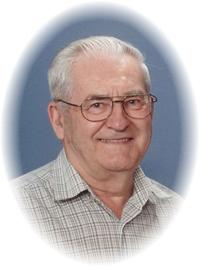 It is with deep sadness that we announce the passing of Reginald “Reg” Phaff on Thursday, February 27th, 2014 at the age of 86 years. Reg will be lovingly remembered by his wife of 61 years, Lorna; his sons, Kenneth (Cindy) and Stephen (Debra); and his four grandchildren, Bryce (Naz), Brianne (Nick), Colin (Cheryl), and Wyatt (Jennifer); as well as one great-granddaughter, Myah. Reg was born, raised and educated in Hatton, Saskatchewan. He married Lorna in 1952 and they raised their two sons in Medicine Hat. Because of his passion for bodybuilding, he owned and operated several gyms. As a weight lifter he was very successfully in many competitions. After bookkeeping in Medicine Hat and ranching near Maple Creek, Reg and Lorna purchased what would become the P Bar 3 Charolais Ranch, located near Irvine. This ranch became one of the most successful purebred Charolais cattle operations in Canada. To this day, P Bar 3 genetics can be found throughout North America and Europe. Reg and Lorna retired to Medicine Hat in 1997. In their retirement years, they enjoyed many trips abroad. Reg also played the organ and entertained in various seniors’ residences. The Funeral Service honouring Reg’s life will be held in VICTORY LUTHERAN CHURCH, 2793 Southview Drive SE, on Monday, March 3rd, 2014 at 1:30 p.m. with Diaconal Minister Lila de Waal officiating. A Private Interment will follow at Saamis Prairie View Cemetery. In lieu of flowers, memorial gifts in Reg’s memory may be made to the charity of one’s choice. Condolences may be sent through www.saamis.com or to condolences@saamis.com subject heading Reg Phaff. Funeral arrangements are entrusted to SAAMIS MEMORIAL FUNERAL CHAPEL CREMATORIUM & RECEPTION CENTRE, “The Chapel in the Park”, locally owned and directed. Should you wish any additional information, please telephone (403)528-2599