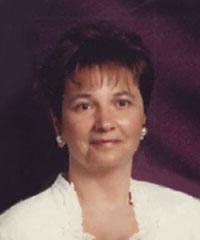 Marilyn Shirley Willerton passed away on Friday, March 14th, 2014 at the age of 58 years. Marilyn leaves to cherish her memory her husband and best friend, Ken; three children, Troy (April Potvin) Willerton of Lethbridge, Michael (Carmen Garbutt) Willerton, Crystal (Rob Cloke) Willerton, both of Medicine Hat; four grandchildren, Caitlyn, Brayden, Paige and Jackson; five brothers, Ken (Belva) Gospodyn of Surrey, BC, Gary Gospodyn, Doug Gospodyn, Allen (Cyndy) Gospodyn, and Joe (Helina) Gospodyn, all of Winnipeg; as well as numerous nieces and nephews. Marilyn was predeceased by her parents, Michael and Beverley Gospodyn. Marilyn was born on August 4th, 1955 in Winnipeg, the second youngest of six children. She was raised and educated in Winnipeg and attended Transcona Collegiate. Marilyn met Ken in 1974 at the Royal Canadian Legion as Ken served with the Canadian Forces and they were married on November 27th, 1976 in Winnipeg, celebrating 37 years of marriage this past November. In December 1977, they moved to Calgary where Marilyn worked part time and raised their family. In 1979, Ken was posted to Germany and in 1983 they returned to Canada, being posted in Victoria. Marilyn worked part time as a store clerk until Ken was posted to Hoberg, BC in 1986 and then to Suffield in 1988. Marilyn and Ken lived in Medicine Hat where Marilyn was a Financial Management Officer at the Base. Sadly, Marilyn died in an accident on her way to work. Marilyn enjoyed golfing, camping, RVing, reading, and shopping and especially loved spending time with her children and grandchildren. She enjoyed social gatherings and her favourite time of year was Christmas. Marilyn’s easy-going personality and sense of humour will be greatly missed by her family and friends. The Funeral Service will be held in SAAMIS MEMORIAL FUNERAL CHAPEL, #1 Dunmore Road SE, on Saturday, March 22nd, 2014 at 1:00 p.m. with Gary W. Goran officiating. Memorial gifts in Marilyn’s memory may be made to the Breast Cancer Society of Canada, Relay For Life, 420 East Street North, Sarnia, Ontario, N7T 6Y5. Condolences may be sent through www.saamis.com or to condolences@saamis.com subject heading Marilyn Willerton. Radio funeral announcement can be heard on Friday around 11:45 a.m. on 93.7 Praise FM. Funeral arrangements are entrusted to SAAMIS MEMORIAL FUNERAL CHAPEL CREMATORIUM & RECEPTION CENTRE, “The Chapel in the Park”, locally owned and directed. Should you wish any additional information, please telephone (403)528-2599