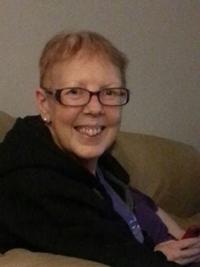 It is with heavy hearts we announce the passing of our daughter, sister, wife, mom and grandma. Doris Knight passed away peacefully on Tuesday, March 25th, 2014 at the age of 61 years young. She leaves to cherish her memory, her mother, Erna (Herbert) Fleckser; her husband of 38 years, Wayne Knight; two daughters, Michelle and Christina Knight; three grandchildren, Mikayla Vodon, Jordyn & Cade Knight. Doris also leaves to cherish her memory, two brothers, Peter (Carol) Weisser and Rolf (Monika) Weisser; as well as numerous nieces, nephews, cousins and dear friends. Doris was born on May 25th, 1952 in St. Georgen, Germany where she lived with her parents and brothers until 1956 when they all moved to Vancouver, BC. Growing up, Doris worked with her mother and father in their grocery store until 1967. She moved back to Germany with her mother for 1 year, then moved to Philadelphia with her mother and step-dad, Herbert in 1968 until 1972 where she met her best friend, Wayne, who she eventually married in Surrey, BC. Proud parents Wayne and Doris welcomed Daughter “1” Michelle in 1975 and then again were blessed with Daughter “2” Christina in 1978. They raised their family in Surrey, BC until their move to Medicine Hat in 1984 where they pursued their next adventure by Teaching County and Western dancing; performing at several grand events including Big Valley Jamboree in Craven, SK and at the 1988 Olympic Winter Games in Calgary, AB. Wayne and Doris continued to teach for the next 14 years throughout Alberta and Saskatchewan and taught movie stars Tom Berenger and Debra Winger in the movie “Betrayed” which they choreographed and along with their two daughters were extras in the movie. Doris hung up her dancing boots in 1998, and then later pursued a career at the Medicine Hat Regional Hospital where she met and made very close friends who were dear and precious to her heart. Doris lived her whole life with strength and courage. The love and gentleness she had for her loved ones and the soothing calm of her touch made everything better. Doris will be enormously missed but her memory will live on through all of those who knew and loved her deeply. The Funeral Service will be held in SAAMIS MEMORIAL FUNERAL CHAPEL, #1 Dunmore Road SE, on Monday, March 31st, 2014 at 1:30 p.m. with Reverend Bob Findley officiating. Condolences may be sent 3through www.saamis.com or to condolences@saamis.com subject heading Doris Knight. Funeral arrangements are entrusted to SAAMIS MEMORIAL FUNERAL CHAPEL CREMATORIUM & RECEPTION CENTRE, “The Chapel in the Park”, locally owned and directed. Should you wish any additional information, please telephone (403)528-2599