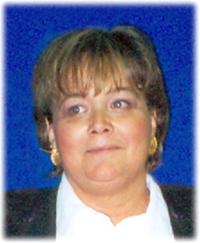 1956 ~ 2014
With heavy hearts the family of Sharon Riffel announce her peaceful passing while at the Medicine Hat Regional Hospital on Thursday, June 5, 2014, at the age of 58 years.  Sharon Denyse Riffel was born in Regina, Saskatchewan on January 10, 1956, to proud parents, Olie and Madeleine Riffel.  She was raised in Calgary and lived a short time in Regina before settling in Medicine Hat to raise her family.  Sharon’s memory will be cherished in  the hearts of her two daughters, Nicole Pattullo (Jeff Berg) and Suzanne Pattullo;  her father, Olie Riffel;  two brothers, Mike Riffel and his children, Ashley and Megan;  Pat Riffel;  sister, Elaine Dyck and her daughter, Jenny as well as many good friends.  Sharon was predeceased by her son, Raymond Pattullo;  mother, Madeleine Riffel;  brother, Wayne Riffel and brother-in-law, Ron Dyck.  A Celebration of Sharon’s life will be held at Cook Southland Funeral Chapel, 901 – 13 Street S.W., Medicine Hat on Saturday, June 14, 2014, at 1:00 p.m. with Reverend Father Philip Le officiating.  A time of fellowship will follow thereafter in the Cook Southland Reception Facility.  (Condolences may be expressed by visiting www.cooksouthland.com)  Those who wish to remember Sharon may do so through a donation to the Canadian Cancer Society, 102 Crestwood Square One, 1865 Dunmore Road S.E., Medicine Hat, Alberta, T1A 1Z8.  Honoured to serve the family is COOK SOUTHLAND Funeral Chapel, 901 – 13 Street S.W., Medicine Hat, Alberta, T1A 4V4.  Telephone:  403-527-6455.