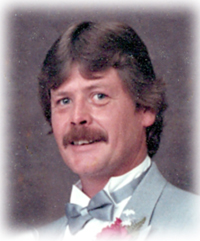 1949 ~ 2014
It is with sadness that the family of Arlow Charles Nelson announce his peaceful passing which occurred at the Medicine Hat Regional Hospital on Sunday, August 3, 2014, at the age of 65 years.  Left to cherish Charlie’s memory are his beloved son, Jesse (Taylor);  Jesse’s mom, Michele; sisters, Caren and Gloria (Russel);  brother, Willie (Kris) as well as numerous nieces and nephews.  Those wishing to pay their respects may do so starting one hour prior to the Celebration of Charlie’s life which will be held at Cook Southland Funeral Chapel, 901 – 13 Street S.W., Medicine Hat on Friday, August 8, 2014, at 2:00 p.m.  Interment will follow at a later date.  (Condolences may be expressed by visiting www.cooksouthland.com)  Honoured to serve the family is COOK SOUTHLAND Funeral Chapel, 901 – 13 Street S.W., Medicine Hat, Alberta, T1A 4V4.  Telephone:  403-527-6455.