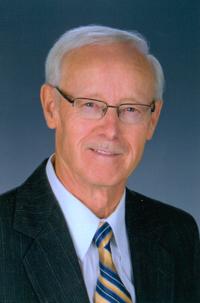 1935 ~ 2014
George Wiens, beloved husband of Ruth and loving father of Audrey (Darrel) Thiessen, Lois (Reg) Fast and Andrew (Violet) Wiens, passed away peacefully on Wednesday, July 30, 2014, after an eight month battle with cancer.  Nine cherished grandchildren grieve their loss:  Layne, Maclean (Natalie), Elliana, Eric, Mandi, Ezra, Olivia and Abigail.  Also grieving are George’s siblings:  Anne, Mary, David, Marge, Thelma and Karen as well as Ruth’s siblings:  Elfrieda, Tina, Hank, Erna and George with their spouses and all of the nieces and nephews. George was predeceased by his parents David and Anna; his brother John; John’s wife Irene, and their daughter Edith as well as his nephew Brian Harder. A Celebration of George’s life will be held at the Crestwood Mennonite Brethren Church, 2348 Dunmore Road S.E., Medicine Hat on August 16, 2014, at 11:00 a.m. Memorial donations may be made to the Gideons International Canada at the Church or online at www.gideons.ca  The family would like to express sincere appreciation to the staff of St. Joseph’s Carmel Hospice for their compassion, loving care and genuine affection for George and his family.  (Condolences may be expressed by visiting www.cooksouthland.com)  Honoured to serve the family is COOK SOUTHLAND Funeral Chapel, 901 – 13 Street S.W., Medicine Hat, Alberta, T1A 4V4.   Telephone:  403-527-6455.

One Condolence for “GEORGE WIENS”