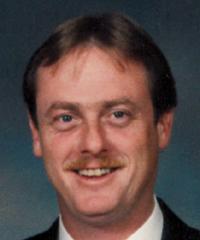 It is with great sadness that the family of Brant Wayne Brown, known to friends as “Brownie”, announce his passing on Monday, August 11th, 2014 at the age of 54 years. Brant will be forever remembered by his three sons, Andrew (Barbara), Justin (Shinobu) and Corey (Hope); their mother and lifelong friend Karen; his brother, Scott (Chere); and sister-in-law, Arlene. Brant will also be remembered by his extended family, including his brother-in-laws, Ed (MJ) and Hank (Bev); as well as his nieces, Terra, Stefanie and Krista; and nephews, Shayne, Seth, Micah and Max.
Growing up in a military family, Brant spent his childhood living in many places with his parents, Bob (predeceased) and Norma (predeceased), along with his two brothers, Dwayne (predeceased) and Scott. The Browns loved Southern Alberta and settled in Suffield and finally in Redcliff/Medicine Hat. Brant graduated from CHHS in 1978 and became employed with CP Rail. Brant loved his career at CP Rail, first as a brakeman then finally as an engineer, the position he held until his retirement. Brant was very proud of his three sons from their sports days to their adult adventures and always looked forward to their calls. Although Brant liked to joke around, he took hockey seriously and loved watching the Calgary Flames. Brant’s family and friends will never forget his sense of humor and his ability to crack a joke at any occasion. A Private Graveside service will be held at Redcliff Cemetery on Friday, August 22, 2014; you are invited to share this day with Brant’s family, in a time of fellowship to be held at the Redcliff Royal Canadian Legion, 302 Broadway Avenue E, at 4:00 p.m. Those wishing to make a donation in Brownies memory may do so to Multiple Sclerosis Society, 101 – 1201 Kingsway Avenue SE, Medicine Hat, AB T1A 2Y2. Condolences may be sent through www.saamis.com or to condolences@saamis.com subject heading Brant Brown. Funeral arrangements are entrusted to SAAMIS MEMORIAL FUNERAL CHAPEL CREMATORIUM & RECEPTION CENTRE, \”The Chapel in the Park\”, locally owned and directed. Should you wish any additional information, please telephone (403)528-2599