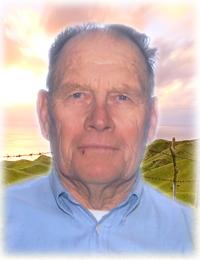 With his loving family by his side, Edward Ernest Codd went to be with his Lord on Sunday, August 17, 2014, at the age of 82 years. Ed was born in Assiniboia, Saskatchewan on June 27, 1932, the oldest son to Ernest and Mabel Codd.  He was predeceased by both his parents and his eldest son, Wesley Alan Codd.   He leaves behind to cherish his memory his wife of 58 years, Elizabeth;  son, Richard and his children, Natawni, Lawson and Chayton;  daughter, Wanda (Michael) Anctil and their children, Laura (Mike), Lisa (Damien) and Ashley (Ashton) Smith; daughter, Denice (Keith) Stewart and their girls, Hailey and Shelby.  Edward’s life will be celebrated at Cook Southland Funeral Chapel, 901 – 13 Street S.W., on Tuesday, August 19, 2014, at 1:00 p.m. with Life Celebrant Gerry Getz officiating.  Private family interment will follow at Hillside Cemetery.   (Condolences may be expressed by emailing the family: wanctil@memlane.com
Memorial donations in Ed’s name may be made directly to HALO12, 49 Viscount Ave. S.W., Medicine Hat, Alberta T1A 5G4.  Honoured to serve the family is Cook Southland Funeral Chapel, 901 – 13th Street S.W. Medicine Hat, Alberta T1A 4V4 Phone 403-527-6455