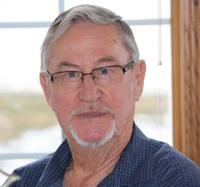 George passed away peacefully, on Thursday, August 14th, 2014 at the age of 80 years. George is survived by his wife of 59 years, Kay; sons, Brad (Diana Marcano) & Rod (Darrin Hunter); grandchildren, Kristina (Doug) St. John, Stacey (Luke Logan) Retelback, Brandy (Ashley Rodberg) Retelback, Alyson (Tiago) Fernandes, Jordan Retelback and Lindsey (Steve Gust) Retelback; the mother of Brad’s four girls, Dianne Retelback; and Brandy and Jordan’s mother, Sandy Mulligan. Also surviving are 3 great grandchildren, Jayden Retelback, Van St. John and Rozlynn Retelback; and 2 step great grandchildren, James and Ty. He is also survived by his sisters-in law, Augusta Retelbach and Patricia (Gerald) Seppola; brother-in-law, Stan (Jason Luhning) York; and by numerous nieces and nephews.
George was predeceased by his son, Kirby; his parents, Emanuel & Pauline; his brothers, Albert, Sam, and Harry; sisters, Martha Mauch and her husband Oscar, Adeline Brost and her husband Dave, and Clara Brost and her husband Dan. George was also predeceased by Kay’s parents, Keith and Freda York; Kay’s brother, Bill York and Kay’s sister, Marguerite Pols.
George was born in Medicine Hat on December 9th, 1933 and grew up on the family farm in the Irvine area. After he and Kay were married in 1955, they took over the farm and over the years expanded, and raised their 3 sons. In 2002, George and Kay moved to Medicine Hat. In 1979, George attained a lifelong dream when he received his private pilot’s license. He also drove the school bus for 28 years and had many fond memories of all his “kids”.
George and Kay spent a great deal of time travelling to many places by plane, boat, and their motorhome. George was also active for many years in curling, belonged to the local flying club, and joined the Rock and Lapidary club (full circle from rock picking on the farm to picking them for fun).
George loved spending time with his children, grandchildren and great grandchildren. He was a gentle, kind, and considerate man. His wife Kay was his best friend, and life-long companion. The Funeral service will be held in SAAMIS MEMORIAL FUNERAL CHAPEL, #1 Dunmore Road SE, Medicine Hat on Friday, August 22nd, 2014 at 1:00 p.m. with Gary W. Goran officiating. As an expression of sympathy, a donation to charity of one’s choice would be appreciated by the family. Condolences may be sent through www.saamis.com or condolences@saamis.com. Funeral arrangements are entrusted to SAAMIS MEMORIAL FUNERAL CHAPEL CREMATORIUM & RECEPTION CENTRE, \”The Chapel in the Park\”, locally owned and directed. Should you wish any additional information, please telephone (403)528-2599