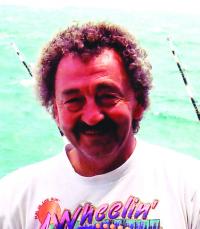 Aug. 21, 1950 – Aug. 22, 2014
Garry Lawrence Ostapovitch passed away at the Medicine Hat Regional Hospital on August 22, 2014 at the age of 64 years, after a long courageous battle with cancer. He passed away peacefully with many family members at his side.
Garry was born on August 21, 1950 at Foam Lake, Sask. Garry is survived by his loving wife Debbie and two loving sons Jamie and David; 2 grandsons Lincoln and Holden; two brothers Ron and Terry. He is also survived by his brother-in-law and sister-in-laws, their families and many nieces and nephews.
In lieu of flowers a donation can be made to the Palliative Care unit at the Medicine Hat Regional Hospital.