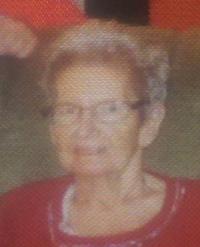 Margaret Henry of Medicine Hat, passed away on Monday, August 25th, 2014 at the age of 88 years. Margaret leaves to cherish her memory her three sons, Myron (Karen) Sample, Clint (Chrys) Sample and Gordon Sample; two daughters, Janet Porter and Sheila (Rick) Betker; one brother, Arnold Henry; one sister, Jess MacGillivary; as well as numerous grandchildren and great grandchildren. Margaret was predeceased by her parents, Gordon and Rose Marie Henry; one son, Glenn Sample in 1973; and one brother, Bill Henry. Margaret was born in North Battleford on July 18th, 1926. She grew up on the family farm in Eagle\’s Hills where she had many fond memories. Margaret had six children, who she said were her life. She enjoyed cooking, nature and spending time with her family and friends. Margaret accepted the Lord into her life and she wanted to go home to spend her eternal life with our Lord and Saviour. The Funeral Service will be held at CHRIST THE KING ASSEMBLY, 1101 Queen Street SE, on Friday, August 29th, 2014 at 2:00 p.m. with Pastor Dennis Betker officiating. Condolences may be sent through www.saamis.com or to condolences@saamis.com subject heading Margaret Henry. Funeral arrangements are entrusted to SAAMIS MEMORIAL FUNERAL CHAPEL CREMATORIUM & RECEPTION CENTRE, \”The Chapel in the Park\”, locally owned and directed. Should you wish any additional information, please telephone (403)528-2599