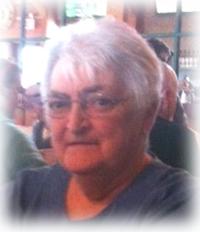 Brenda Mae Osborne of Medicine Hat, passed away on Monday, August 25th, 2014 at the age of 73 years. Brenda leaves to cherish her memory her three daughters, Holly Ellis, Paula Nunweiler, and Sandra Johnson; four grandchildren, Zane Johnson, Reid Johnson, Nicole Ellis, and Boyd Johnson; one sister, Dorothy Currie; one niece, Lynda Currie; and one nephew, Bryan (Diane) Currie. Brenda was predeceased by her parents, Herbert and Thelma Osborne; one grandson, Jesse Ellis; and two brothers, Jack and Gilbert as small children. A Celebration of Brenda\’s Life will be held at the CYPRESS VIEW FOUNDATION, TEEODA LODGE, 722 Bassett Crescent NW, on Saturday, September 13th, 2014 from 1:00 to 4:00 p.m. Memorial gifts in Brenda\’s memory may be made to the SPCA, 55 Southwest Drive SW, Medicine Hat, Alberta, T1A 8E8. Condolences may be sent through www.saamis.com or to condolences@saamis.com subject heading Brenda Osborne. Funeral arrangements are entrusted to SAAMIS MEMORIAL FUNERAL CHAPEL CREMATORIUM & RECEPTION CENTRE, \”The Chapel in the Park\”, locally owned and directed. Should you wish any additional information, please telephone (403)528-2599