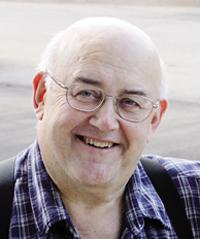 Mr. Robert \”Bob\” Lansdall passed away on September 4, 2014  at Saskatoon, Saskatchewan.
He was born in Moose Jaw, Saskatchewan on November 2, 1955. He received his high school education in Kelstern and Hodgeville. Upon graduation Bob farmed for a couple of years. Moving on with his life, he attended the U of S and graduated from pharmacy in 1979.
On April 3, 1982 he opened Lansdall Pharmacy in Maple Creek which he operated until his passing. His store was operated with a personal touch that was Bob\’s hallmark – compassion. Customers knew they could call on him at any time with prescriptions or advice. He cared.
He served a term on town council and gave back to his community through his philanthropy.
Bob was predeceased by his father Bert Lansdall and father-in-law Jim Hunter.
He is survived by his wife Lynda, children Tristan and Maria; his mother Delores Lansdall, sister Lorna (Kevin) Paulson, brother Lorne (Carol) Lansdall, his mother-in-law Nesta Hunter and a large and supportive family of in-laws, nieces and nephews.
The funeral service was held on Friday, September 12, 2014 at 2 p.m. at the Maple Creek Armoury with Captain Ed Dean and Reverend Eva Stanley officiating. A private family interment will take place in Hodgeville, Saskatchewan. A memorial reception was held on Saturday, September 13, 2014 at 2 p.m. at the Hodgeville Hall. Pallbearers were Hayden Paulson, Justin Lansdall, David Lansdall, Clayton Wagner, Sheldon Barsness and Harold Gerbrandt.
Those who wish to remember Bob may do so with a gift to the charity of choice.
To email an expression of sympathy you may visit www.gonebutnotforgotten.ca.
Binkley\’s Funeral Service, Maple Creek and Leader, in charge of arrangements 306-662-2292.