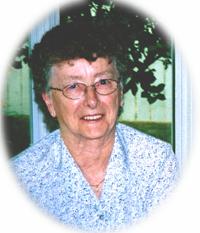 Alice Ulrich of Medicine Hat, beloved wife of the late Bill Ulrich, passed away on Thursday, October 23rd, 2014 at the age of 87 years after a short courageous battle with cancer. Alice leaves to cherish her memory her three children, Gerald (Carol) Ulrich, Donna (John) Langill, both of Medicine Hat, and Terry (Debbie) Ulrich of Camrose; six grandchildren, Garrett (Tracy), Corbett, Pamela, Renaye (Davin), Nicole (Kirk), and Jeremy; ten great-grandchildren; one brother, Wallace Wutzke (Alma); three sisters, Jean (Sam) Maier, Lily Stock, and Shirley Vossler (Glen), all of Medicine Hat; as well as numerous nieces and nephews. Besides her husband, Bill, Alice was predeceased by her parents, Theodore and Matilda Wutzke; and two brothers, Dave and Archie Wutzke. Alice was born on January 2nd, 1927 in Norton, Alberta. She married Bill Ulrich on November 10th, 1946 and together they moved to a farm south of Irvine before returning to the farm Bill grew up on to ranch. In 1967, Alice and Bill settled in Medicine Hat where she continued to reside until the time of her passing. Alice will be lovingly remembered by her family and friends. Those wishing to pay their respects may do so at SAAMIS MEMORIAL FUNERAL CHAPEL, #1 Dunmore Road SE, on Tuesday from 7:00 to 9:00 p.m. and on Wednesday from 1:00 to 1:55 p.m. The Funeral Service will be held at SAAMIS MEMORIAL FUNERAL CHAPEL on Wednesday, October 29th, 2014 at 2:00 p.m. with Gary W. Goran officiating. Interment will follow in the Family Plot at Hillside Cemetery. Memorial gifts in Alice\’s memory may be made to Carmel Hospice St. Joseph\’s Home, 156 – 3rd Street NE, Medicine Hat, Alberta, T1A 5M1. Condolences may be sent through www.saamis.com or to condolences@saamis.com subject heading Alice Ulrich. Funeral arrangements are entrusted to SAAMIS MEMORIAL FUNERAL CHAPEL CREMATORIUM & RECEPTION CENTRE, \”The Chapel in the Park\”, locally owned and directed. Should you wish any additional information, please telephone (403)528-2599