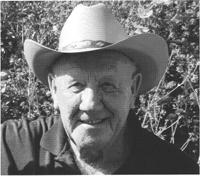 June 15,1931 – October 19, 2014
It is with great sadness the family announces the passing of Gordon Weiland on Sunday, October 19, 2014 at the Andy Mogg Hospice in Penticton, B.C. at the age of 83.
He will be greatly missed by his best friend Anna and all of her children and grand children. Also cherishing his memory is one aunt, three sister-in-laws and numerous nieces, nephews and cousins.
Gordon was predeceased by his first wife Shirley (Flaig), three brothers Lawrence, Dave and Wallace; one sister Irene Hellawell; and his parents Jack and Anne Weiland.
Gordon was born and raised in Manyberries AB, moved to Calgary and then on to British Columbia where he retired. Gordon was always very fond of the western way of life. At Gordon’s request there was no service.