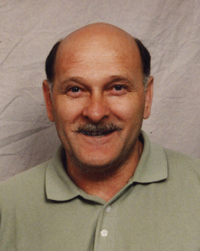 Francis “Frank” Hagel of Medicine Hat, beloved husband of the late Judy Hagel, passed away on Saturday, November 15th, 2014 at the age of 72 years. Frank leaves to cherish his memory his son, Darrel (Melissa) Hagel of Penticton, British Columbia; three grandsons, Emmanuel, Henry and Elliott; four brothers, Clarence (Arlene) Hagel, Tony (Bea) Hagel, Ben (Elaine) Hagel and Patrick (Kim) Hagel; three sisters, Frances (Bill) Chevrier, Marie Myerchin, and Sister Victoria Hagel; along with many nieces and nephews. Besides his wife, Judy, Frank was predeceased by his parents, Victor and Lena Hagel; two brothers, Father Paul Hagel and Father Len Hagel; and two sisters, Millie Lynch and Sister Virginia Hagel. Frank was born on August 16th, 1942 in Schuler, Alberta. He was raised on the farm until the age of 14 when his parents moved into Medicine Hat. In the late 70’s he married Judy after returning from years of world travels. They settled in Redcliff before moving to Medicine Hat. Frank apprenticed as an electrician and refrigeration mechanic and over his career worked across Alberta on many chemical and power plants. In his spare time Frank was an avid skier, handy man and assisted his brother farming in Schuler. Frank was an active member of St. Mary’s Catholic Church in Redcliff and later St. Patrick’s in Medicine Hat. He also did a great deal of volunteer work as a member of the Knights of Columbus. He will be greatly missed by his family and friends. Vigil Rites (Prayers) will be held at SAAMIS MEMORIAL FUNERAL CHAPEL, 1 Dunmore Road SE, on Wednesday, November 19th, 2014 at 7:00 p.m. The Funeral Mass will be celebrated at ST. PATRICK\’S ROMAN CATHOLIC CHURCH, 238 – 2nd Avenue NW on Thursday, November 20th, 2014 at 10:00 a.m. Interment will take place at Hillside Cemetery. Friends are invited to a Reception in the Parish Hall following the interment service. Memorial gifts in Frank\’s memory may be made out to the Alzheimer Society (Palliser Region), 401D – 3rd Street SE, Medicine Hat, Alberta, T1A 0G8. Condolences may be sent through www.saamis.com or to condolences@saamis.com subject heading Frank Hagel. Radio funeral announcement can be heard on Wednesday around 11:35 a.m. on 93.7 Praise FM. Funeral arrangements are entrusted to SAAMIS MEMORIAL FUNERAL CHAPEL CREMATORIUM & RECEPTION CENTRE, \”The Chapel in the Park\”, locally owned and directed. Should you wish any additional information, please telephone (403)528-2599