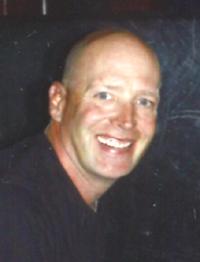 Jason Mark Bray of Medicine Hat, loving son of John and Brenda Bray, passed away on Wednesday, November 19th, 2014 at the age of 39 years. Jason leaves to cherish his memory his daughter, Kaylee and her mother, Rhonda Cooper; one brother, Christopher (Sherry) Bray of Oromocto, New Brunswick, and their children, Alyssa, Kailey, Jayden, Jacob, and Katelynn; his grandmother, June Kelln; as well as many aunts, uncles, and cousins. Jason was predeceased by his grandfather, Walter Kelln; and his grandparents, Jack (Esther) Bray. Jason was born on September 16th, 1975 in Medicine Hat. He lived in Red Deer for many years where he attained his journeyman\’s electrician ticket at Red Deer College on July 8th, 2003. Jason enjoyed skydiving as well as swimming with his daughter. He will be deeply missed and lovingly remembered by his family, friends and co-workers. The Funeral Service will be held at SAAMIS MEMORIAL FUNERAL CHAPEL, 1 Dunmore Road SE, on Saturday, November 29th, 2014 at 1:30 p.m. with Gary W. Goran officiating. Memorial gifts in Jason\’s memory may be made to payable to Brenda Bray at the Bank of Montreal (downtown Medicine Hat) and will be placed in a trust fund for Jason\’s daughter, Kaylee. Condolences may be sent through www.saamis.com or to condolences@saamis.com subject heading Jason Bray. Funeral arrangements are entrusted to SAAMIS MEMORIAL FUNERAL CHAPEL CREMATORIUM & RECEPTION CENTRE, \”The Chapel in the Park\”, locally owned and directed. Should you wish any additional information, please telephone (403)528-2599