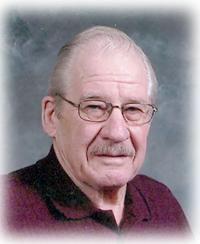 Alfred Allen Davie, beloved husband of Alice, passed away peacefully while at St. Joseph’s Home – Carmel Hospice on Sunday, November 30, 2014, at the age of 77. Alfred was born on March 13, 1937, in Vanguard, Saskatchewan, where he was raised and educated. He married his high school sweetheart, Alice, on July 8, 1961, and they remained inseparable for the remainder of his life – Alfred and Alice did everything together. In his last days, Alice remained his greatest concern. Alfred started farming at the age of 16 and built, with Alice and later his sons, a farming and ranching operation. He was a helpful neighbour to many and enjoyed travelling, playing pool, snowmobiling in Yellowstone Park, meeting friends for coffee, going to dances and lately woodworking. Alfred was a member of the Saskatchewan Hereford, Canadian Hereford and Saskatchewan Livestock Associations, Swift Current Broncos\’ Board, Frontier Days\’ Board, Saskatchewan Stockgrowers Association and was a councillor and Reeve of R.M. #106 and a member of the Swift Current Good Sam Chapter. Alfred cared deeply for his friends and family; he loved talking about politics and farming with his kids and grandkids. Besides his loving wife, Alice, Alfred leaves to cherish his memory his mother, Flossie Davie; son Brad (Judith) Davie of Vanguard, SK, and their children: Justin Davie (Desi Parr) and their son, Declan, Bretton Davie (Scott Russell), Braden Davie and Jory Davie; son Trent (Debra) Davie of Spruce Grove, AB, and their children: Lindsay (Jason) Malachowski and their children Landon and Spencer, Kelly Orr, Blade (Nicole) Davie and Blaze Davie; brothers Lloyd (Lucille) Davie and Elden (Colleen) Davie as well as sisters-in-law Josie (Jack) Devine and Doris Dash. Alfred was predeceased by his father, George, and his grandson Steele. The funeral mass will be celebrated at Holy Family Parish, 1451 Strachan Road S.E., Medicine Hat, Alberta, on Saturday, December 6, 2014, at 10 a.m. with Father Philip Le celebrant. Interment will take place in Vanguard, Saskatchewan, at a later date. If friends so desire, memorial donations in Alfred’s name may be made directly to St. Joseph’s Home – Carmel Hospice, 156 – 3 Street N.E., Medicine Hat,?Alberta, T1A 5M1 or to the Medicine Hat and District Health Foundation c/o Margery E. Yuill Cancer Centre, 666 – 5 Street S.W., Medicine Hat, Alberta, T1A 4H6. Condolences may be expressed by visiting www.cooksouthland.com. Honoured to serve the family is COOK SOUTHLAND Funeral Chapel, 901 – 13 Street S.W., Medicine Hat, Alberta, T1A 4V4.  Telephone:  403-527-6455.

One Condolence for “ALFRED ALLEN DAVIE”