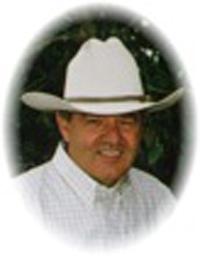 Mick Nieman, beloved husband of Elaine Nieman, passed away on Tuesday, December 2nd, 2014 at the age of 66 years. Mick also leaves to cherish his memory his three daughters, Nicole (Brad) Ambrosi, Wendy (Shawn) Weiss and Heather Nieman; six grandchildren, Justis and Jarad, Mackenzie and Lacie, Ryder and Rayna; four brothers, Terry (Bev), Dan (Phyllis), Albert (Shirley) and Jim (Laura); one sister, Lorna (Dan Osadczuk); Elaine’s sister-in-law, Colleen Cavan; and his mother-in-law, Margaret Cavan. Although he had numerous nieces and nephews that he loved dearly, he had a special bond with Lance, Jennifer and Dan Cavan. Mick was predeceased by his parents, Evult and Josephine Nieman; his father-in-law, Lionel Cavan, and his brother-in-law, Warren Cavan.
Mick was born in Medicine Hat on June 19th, 1948 and attended Longfellow School before finishing the rest of his education in Medicine Hat. He worked in the gold mines in Yellowknife and trucked rodeo stock in Florida before returning to Medicine Hat to work at the chemical plant, and later at Alberta Western Beef as a cattle buyer. In the spring of 1970, Mick bought the Wilf Davidson Ranch at Bowell and on June 12th married Elaine Cavan. In 1975, he joined the Medicine Hat Police Force until he retired as a Detective after 25 years of service. Throughout his police career, Mick and Elaine continued to ranch and raise Hereford cattle.
Mick will be remembered for his love of people and all things social including golfing, curling, rodeo, bull sales and travelling. He was known as an organizer of many social activities especially the Cops and Cowboys events. Mick also sat on the Medicine Hat Stampede Board, Irvine Curling Club, Elkwater Golf Club and served as a director and bull buyer for Pipeline Grazing Coop.
Although he had many accomplishments, Mick’s family was his pride and joy. He was happiest at family functions and celebrations. It was during these times that his personality and humor shone through. Mick loved watching his precious grandchildren’s activities; whatever was happening, he was there.
Above all, Mick was well known for his kind heart and generous spirit, he always wanted to help.
“If you treat everyone like you’d like to be treated, you might be surprised how many friends you will have.” Mick Nieman 1995
The Funeral Service will be held at the CYPRESS CENTRE, 2055 – 21st Avenue SE, on Tuesday, December 9th, 2014 at 2:00 p.m.with Pastor Shane Andrus officiating. Memorial gifts in Mick\’s memory may be made to Snack Attack, Medicine Hat Food Bank, 532 South Railway Street SE, Medicine Hat, Alberta, T1A 2V6, or to HALO, 12 – 49 Viscount Avenue SW, Medicine Hat, Alberta, T1A 5G4. Condolences may be sent through www.saamis.com or to condolences@saamis.com subject heading Mick Nieman. Radio funeral announcement can be heard on Mondayaround 11:35 a.m. on 93.7 Praise FM. Funeral arrangements are entrusted to SAAMIS MEMORIAL FUNERAL CHAPEL CREMATORIUM & RECEPTION CENTRE, \”The Chapel in the Park\”, locally owned and directed. Should you wish any additional information, please telephone (403)528-2599