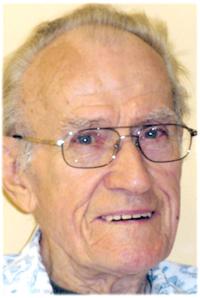 1933 ~ 2014
Bent Pedersen of Medicine Hat, beloved husband of Gavina Pedersen, passed away peacefully at the St. Joseph’s Home – Carmel Hospice on Wednesday, December 17, 2014, at the age of 81 years.  Bent wore many hats throughout his lifetime.  He was a paper mill employee, a cowboy at East and West Ranch, a Fish and Game Officer, the first manager of the Hockey Hounds rink in Medicine Hat as well as an installer of all floor coverings.  He enjoyed time spent fishing, hunting and trap shooting as well as his many trips to Las Vegas.  Along with Gavina, his loving wife of over 53 years, Bent’s memory will live on in the hearts of his two daughters, Mary Ann (John) O’Connor of Clarkson, West Australia and Karen (Jeff) Holmes of Yarmouth, Nova Scotia;  two grandchildren, Kristen Holmes of Fredericton, New Brunswick and Brendan Holmes of Kananaskis Village, Alberta;  brother, Erik (Kirsten) Pedersen and sister, Birthe Aaen of Denmark;  brother-in-law, Jack (Shirl) Burns of Thunder Bay, Ontario, as well as numerous nieces and nephews in Denmark and Canada.  A Celebration of Bent’s life will be held at COOK SOUTHLAND Funeral Chapel, 901 – 13 Street S.W., Medicine Hat on Monday, December 22, 2014, at 2:00 p.m. with Reverend Sidney Nelson officiating.  A time of fellowship will follow in the Cook Southland Reception Facility.  (Condolences may be expressed by visiting www.cooksouthland.com)  In lieu of flowers, donations in Bent’s memory may be made directly to the St. Joseph’s Home – Carmel Hospice, 156 – 3 Street N.E., Medicine Hat, Alberta, T1A 5M1.  Honoured to serve the family is Cook Southland Funeral Chapel, 901 – 13 Street S.W., Medicine Hat, Alberta   T1A 4V4   Phone 403-527-6455.