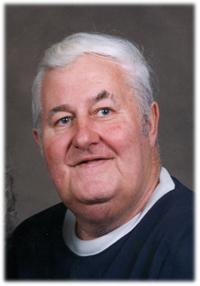 1934 ~ 2014
Mr. Mervin Clarence Springer passed away while surrounded by his loving family on Thursday, December 18, 2014 at the Medicine Hat Regional Hospital at the age of 80 years.  Merv was born in Weyburn, SK., rural area and raised in Weyburn.  He moved to Regina, SK., in 1972 and to Medicine Hat, AB., in 2002.  He will be lovingly remembered in the hearts of his wife of 62 years, Elaine; children, Jack (Claire)?Springer of Kemptville, ON., Sandi Parsons of Medicine Hat, Gary Springer of Medicine Hat, Bruce (Blanca)?Springer of Regina, SK., Sue Horn of Redcliff; along with 10 grandchildren and 10 great- grandchildren.  Merv is also survived by his sister-in-law, Rita Springer; numberous nieces and nephews and his special friend, Bill W. of over 55+ years.  Merv was predeceased by his mother, Cleo North; father, Clarence Springer; brothers, Jackie (in infancy) and Ronald and step-father, Stanley North.  The funeral service will be celebrated at Cook Southland Funeral Chapel, 901 – 13 Street S.W., Medicine Hat, on Tuesday, December 23, 2014 at 1:30 p.m., with Reverend Jerold Daniels officiating.  Interment will follow at Hillside Cemetery.  (Condolences may be expressed by visiting www.cooksouthland.com)  Honoured to serve the family is COOK SOUTHLAND Funeral Chapel, 901 – 13 Street S.W., Medicine Hat, Alberta.  T1A 4V4  Phone 403-527-6455.