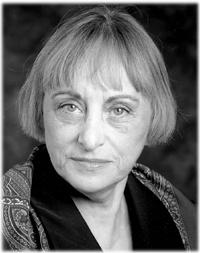 Beverley Britton Clarke died on December 23, 2014, after a short battle with cancer.  Beverley was born in Ottawa, Ontario in 1931 and spent her childhood in and around Toronto.  Her family moved to Montreal, where she finished high school and trained to be a teacher.   While a teacher, she met and married Peter MacRae Clarke after her first but not last trip to England.  She briskly had four children:   Carolyn, Jennifer, Stephanie and Kenneth, between 1954 to 1959, while moving with her husband to Tulsa Oklahoma, Edmonton, Drayton Valley and Calgary.  She spent the rest of her married life in Calgary, save for two years in Anchorage, Alaska, where she experienced the Good Friday Earthquake of 1964.  In the early Seventies, she revived a life-long dream of becoming a lawyer and went back to university, continuing to work towards this goal despite the breakup of her marriage.  In the reverse of the usual pattern, she went away to law college (Osgoode Hall), while her children stayed at home.  She qualified as a lawyer in Alberta in 1983, went to Cambridge University, England in 1983/84 to earn a Masters in Law, and returned to Calgary to practice.  In 1988, she moved to Medicine Hat to join Niblock and Company.  She set up as a sole practitioner in 1992, specializing in family law.  She taught a pre-law course at the College of Medicine Hat, was active in the Law Society, and became a Bencher (Queen\’s Counsel) in 1991.  She was involved in several local, provincial and national organizations:  People Against Impaired Drivers (President and spokesperson), Alberta representative to the National Board of the Women\’s Legal Education and Action Fund (LEAF), member of the Canadian Club, Chair of the Medicine Hat Committee of “Obstacles to Women in the Workplace”, one of the first women members of the local Kiwanis Club, and Board Member of both the Medicine Hat College Foundation and the School Board Foundation.  She enjoyed her time as a volunteer member of the Echo Dale Farm Society and, in a different way, running for election as a member of the Liberal Party.  Beverley was named Woman of Achievement for 1992-1993.  She realized another life-long dream by going on safari in Kenya, having traveled extensively in Europe throughout her life.  After retiring in 1995, she learned the cello and joined the Red Hat Society, which allowed her to indulge her passion for clothes, and she continued to be active in Kiwanis for many years.  Beverley was famous for her collection of shoes, her style, her sense of humour, her excruciatingly correct written English, and her absolute conviction of the rightness of her own opinions, especially on matters concerning education and her condominium.  She retained a small circle of loyal friends to the end, particularly Cheryl and Bob Storrs and Maryanne and Garth Vallely.  She could charm and alienate with equal ease, could be hugely generous and unapologetically neglectful, was proud of her possessions and her intelligence, but continually bad-mouthed herself. Her last years were spent doing what she loved best: shopping on-line, reading and listening to music (jazz, Sinatra and Fitzgerald, classical and baroque, especially Handel and Bach), and she remained until the last deeply interested in history.  Her children were with her at her peaceful death, and they mourn a mother who was infuriating, delightful, outrageous, and what she always was determined to be:  unmissable.
Condolences may be expressed by visiting www.cooksouthland.com.  A Private Celebration of Beverley’s life will take place at a later date.  Honoured to serve the family is COOK SOUTHLAND Funeral Chapel, 901 – 13 Street S.W., Medicine Hat, Alberta, T1A 4V4.  Telephone:  403-527-6455.