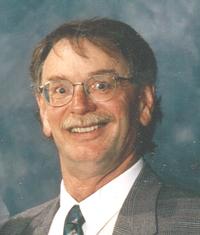 Vince passed away at his home on December 25th, 2014 at the age of 67. Vince was predeceased by his parents, Maurice and Ruth Akre; sister, Colleen; and brother-in-law, Bobby Nimmo. Vince is survived by his daughter and her family, Laurie, Bernie, Allison, and Ryan Girardeau of Swift Current, SK; his son and his family, Bob, Rochelle, Emily, and Hannah Akre of Outlook, SK; his sister, Corrine Nimmo of Richmond, Virginia; and his many close friends who he considered extended family. Vince was born in Swift Current on June 8th, 1947 and lived in Hazlet for most of his life where he ran an insurance agency for many years. He was very active with the Hazlet Elks ball club, curling, and hunting. He then worked in the oilfield until he retired, and he worked mostly in Northern Alberta and shift work in Russia. When Vince retired, he made Medicine Hat his home until the time of his passing. Vince will be sadly missed by his family and friends. As per Vince\’s request, no funeral service will be held. Arrangements are entrusted to SAAMIS MEMORIAL FUNERAL CHAPEL CREMATORIUM & RECEPTION CENTRE, \”The Chapel in the Park\”, locally owned and directed. Should you wish any additional information, please telephone (403)528-2599