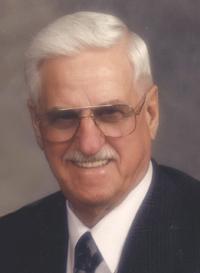 Norman Leland \”Lee\” Mutton, beloved husband of Agnes Mutton of Medicine Hat, passed away on Saturday, January 10th, 2015 at the age of 88 years. Lee also leaves to cherish his memory his children, Rhonda (Emile) St. Amand of Lethbridge, Rodney (Candace) of Bienfait, Saskatchewan, and Lana (Rodney) Ludwar of Claybank, Saskatchewan; ten grandchildren, Brennan (Aubree), Morgan (Randi Ramage), Destiny, Roxann, Tyce, Slade, Blaze, Brandi (fiancé Ben), Brittany and Clay; two great- grandchildren, Mila and Max; one brother, Clifton (June) Mutton; one sister, Edna Borus; as well as numerous nieces and nephews. Lee was predeceased by his parents, Norman and Marion Mutton. Lee was born in Hearne, Saskatchewan on January 3rd, 1927 where he was raised and attended Amherst School. He moved to the BC coast to work in the logging industry and from 1946 to 1954 was back and forth between the farm in Saskatchewan and his work in BC. Lee met Agnes at a New Year\’s dance in 1955 and they were married on October 25th, 1958 residing on the farm at Hearne for 25 years. They then spent 10 years in Moose Jaw before moving to Medicine Hat where they have remained for the last 20 years. Lee enjoyed playing cards, golfing at Cottonwood, fishing and curling. He especially loved the company of his family and friends and will be lovingly remembered by all. Vigil Rites (Prayers) will be said at SAAMIS MEMORIAL FUNERAL CHAPEL, #1 Dunmore Road SE, on Wednesday, January 14th, 2015 at 7:00 p.m. The Funeral Mass will be celebrated at HOLY FAMILY PARISH, 1451 Strachan Road SE, on Thursday, January 15th, 2015 at 10:30 a.m. with Father Albert Sayson, Celebrant. Interment will take place in Rosedale Cemetery, Moose Jaw. Memorial gifts in Lee\’s memory may be made to the Canadian Diabetes Association, #102, 73 – 7th Street SE, Medicine Hat, Alberta, T1A 1J2. Condolences may be sent through www.saamis.com or to condolences@saamis.com subject heading Lee Mutton. Radio funeral announcement can be heard on Wednesday around 11:35 a.m. on Praise 93.7 fm. Funeral arrangements are entrusted to SAAMIS MEMORIAL FUNERAL CHAPEL CREMATORIUM & RECEPTION CENTRE, \”The Chapel in the Park\”, locally owned and directed. Should you wish any additional information, please telephone (403)528-2599