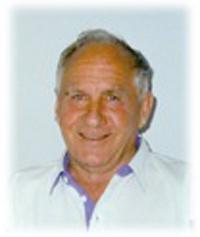 1928 ~ 2015
Harland Richard Ryan, beloved husband of Theresa Ryan, passed away peacefully at the Medicine Hat Regional Hospital on Friday, January 16, 2015, at the age of 86 years.  Harley will be forever in the hearts of his wife, Theresa;  children, Louise, Monique (Reiner), Steve (Michelle) and Lisa.  He will be dearly remembered by his grandchildren, great-grandchildren, nieces and nephews;  his brother, Wilfred Ryan and sister-in-law, Norma Ryan.   Harley was born in Hanna, Alberta on October 26, 1928.  He moved to Hutton and then Gem, Alberta where he farmed until 1973.  In 1980, he married Theresa and they resided in Brooks, Alberta, Kelowna, B.C. and then Medicine Hat.  At Harley’s request, a graveside service in honour of his life will be held later in the spring.  Memorial donations in Harley’s name may be made directly to the Canadian Cancer Society, 102, Crestwood Square One, 1865 Dunmore Road, S.E., Medicine Hat, Alberta, T1A 1Z8.   (Condolences may be expressed by visiting www.cooksouthland.com)  Honoured to serve the family is Cook Southland Funeral Chapel, 901 – 13th Street S.W. Medicine Hat, Alberta T1A 4V4 Phone 403-527-6455