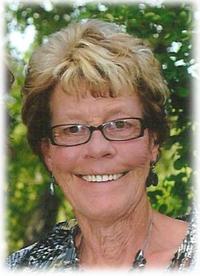 Lynda Darnelle Bengtson, beloved wife of Roger Bengtson of Burstall, Saskatchewan, passed away on Tuesday, January 20th, 2015 at the age of 64 years. Lynda also leaves to cherish her memory her four daughters, Dona (Mickey) Guyette of Fort MacLeod and their children, Courtney, Ashley and Clayton; Rhonda (Dale) Schmaltz of Fox Valley and their children, Mackayla and Rayel; Cheryl (Darren) Frerichs of Liebenthal and their children, Mathew and Parker; and Kristin Bengtson of Burstall and her daughter, Erika; three brothers, Larry Stimson of Preeceville, Saskatchewan, Stanley (Marlene) Stimson of Leader, Saskatchewan, and Gary (Anita) Stimson of Medicine Hat; as well as numerous nieces, nephews and cousins. Lynda was born on June 7th, 1950 to Park and Dona Stimson. She was the eldest and only daughter of 5. Growing up on a ranch near Manyberries she was her father’s daughter and the apple of her mom’s eye. She went to school in Manyberries and then onto business college where she graduated as a Secretary. In 1967 she met the love of her life Roger Bengtson and on December 30th, 1972 they were united in marriage. Together they became parents to 4 beautiful daughters and later grandparents to 8 grandchildren. After living in a few places, they moved their family to Burstall and Lynda found “HOME” and her pride and joy, “Lynda’s Pizza”. Lynda had many hobbies but her passions were her flowers, tending to her pond, watching birds and quilting. Those wishing to pay their respects may do so at the BURSTALL COMMUNITY HALL, Burstall, Saskatchewan on Saturday from 2:30 to 3:25 p.m. C.S.T. The Funeral Service will be held at BURSTALL COMMUNITY HALL on Saturday, January 24th, 2015 at 3:30 p.m. C.S.T. with Dr. Shane Andrus officiating. Memorial gifts in Lynda\’s memory may be made to Canadian Cancer Society, 102 – 1865 Dunmore Road SE, Medicine Hat, Alberta, T1A 1Z8. Condolences may be sent through www.saamis.com or to condolences@saamis.com subject heading Lynda Bengtson. Funeral arrangements are entrusted to SAAMIS MEMORIAL FUNERAL CHAPEL CREMATORIUM & RECEPTION CENTRE, \”The Chapel in the Park\”, locally owned and directed. Should you wish any additional information, please telephone (403)528-2599